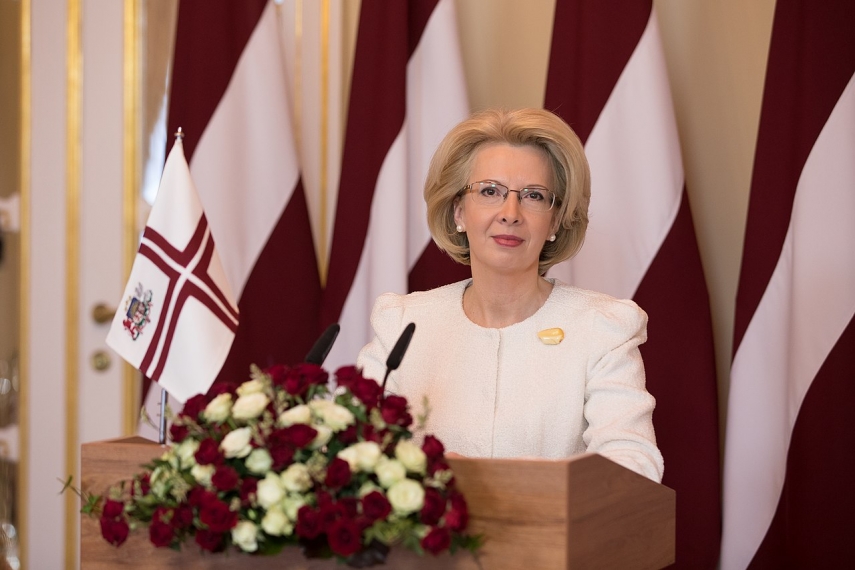 The Latvian parliamentary delegation met with Ukrainian soldiers in Avdiivka and local residents of the frontline village of Optyne.

"At a time when lilac is in bloom here, it is hard to see the war and people's ruined lives. But we are also seeing Ukraine's enormous determination and courage to stand up to the aggressor, to defend its land. We are seeing a better prepared army and motivated soldiers. Today, Ukraine is like armor for whole Europe, deterring Russia's attack on democracy,"  Murniece said.

The Saeima speaker handed over humanitarian aid provided by the Latvian armed forces to residents who live in frontline areas in the Donetsk and Luhansk regions. This is the 22nd consignment of humanitarian aid delivered from Latvia to this region.

Murniece and her delegation also laid flowers at a memorial to Ukraine's soldiers and visited Latvia's honorary consulate in Slovyansk. Latvia was the first EU member states to open its representation in this restive region.

As reported, Murniece has been in Ukraine on an official visit from May 17 to 20.