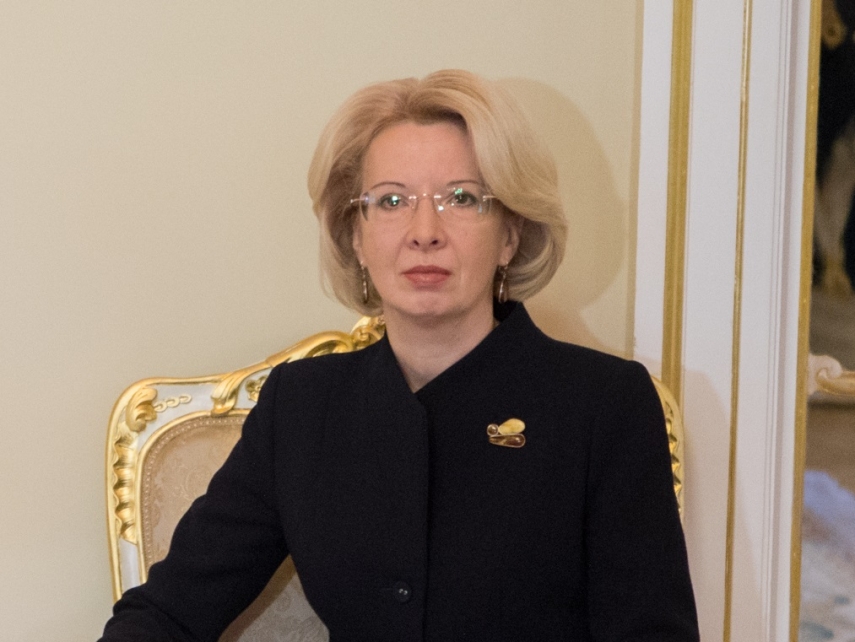 RIGA - There is a broad support in the Latvian parliament for Ukraine's  Euro-Atlantic integration, Saeima Speaker Inara Murniece (National Alliance) said today during a meeting with Ukrainian President Volodimir Zelensky who was paying an official visit to Latvia.

"There is a broad support in the Latvian parliament for Ukraine's Euro-Atlantic integration. We follow developments in Ukraine and you can always count on Latvia's strong support for Ukraine's sovereignty and territorial integrity," said Murniece.

The Saeima speaker underlined Latvia's consistent policy of non-recognition for Crimea, which has been illegally annexed by Russia, stressing the necessity to keep sanctions on Russia in place until full compliance with the Minsk agreement.

Commenting on the human rights situation in Crimea, the Saeima speaker said that the Latvian parliament has recognized the deportations of Crimean Tatars as genocide.

During the meeting, the officials discussed the European Union's Eastern Partnership policy, agreeing that abolition of mobile roaming fees for Ukraine would be one of the issues to be tackled as part of further cooperation.