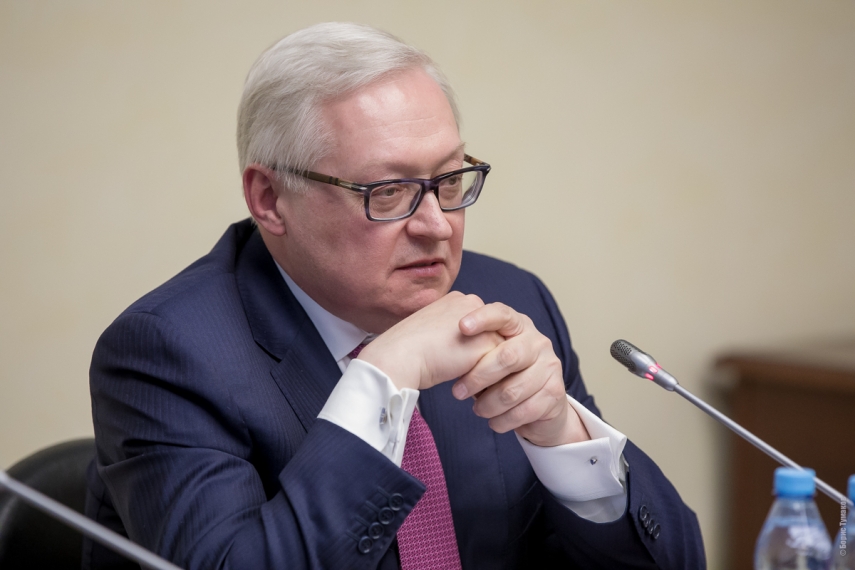 MOSCOW - The Russian Foreign Ministry dismisses NATO's allegations that Russia does not rule out that it might resort to a limited nuclear strike in a potential conflict in the Baltic region, Russian Deputy Foreign Minister Sergei Ryabkov said.

"We don't see reasons for which the United States should attribute such calculations or expectations to us. The Americans can't explain to us what they don't like about our doctrine," Ryabkov said in an interview published in Russia's Kommersant newspaper.

The deputy foreign minister had been asked to comment on NATO's claims that the deployment of Iskander-M tactical missiles capable of carrying nuclear warheads in the Kaliningrad region means Russia's potential readiness to launch a nuclear strike if a conflict in the Baltic region develops in a way unfavorable to it.

"Russia has stored all of its nuclear warheads listed as tactical ones at centralized depots since the early 1990s. We haven't departed by a millimeter or by an inch from our doctrinal approaches to this matter compared to what the 2010 and 2014 editions of our military doctrine say," he said.

Russia does not believe in a limited use of nuclear weapons as a way to end a conflict, Ryabkov said.