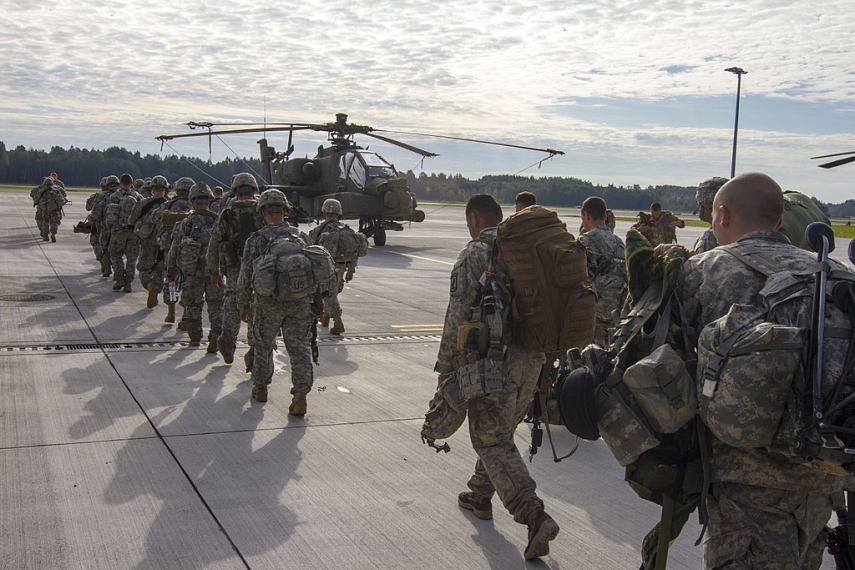 The general said that he met with Latvian Defense Minister Raimonds Bergmanis (Greens/Farmers) and Chief of Defense Leonids Kalnins and discussed the issue related with the NATO enhance forward presence battle group that "includes eight nations, and soon nine when Montenegro joins".

Latvian Defense Ministry’s spokesman Kaspars Galkins told LETA that Montenegro has expressed its wish to join the battlegroup, but so far details about the number of troops are not available.

Defense Minister Bergmanis told the press that the parties had discussed the decision made during the NATO Brussels summit and their impact on Latvia’s security. The minister confirmed during the meeting with the general that Latvia is ready to make large investments in its defense.

As reported, the Canada-led multinational NATO battle group is 1,300 strong. The battle group, stationed at Adazi military base, is made up of Canadian, Albanian, Czech, Italian, Polish, Slovakian, Slovenian and Spanish soldiers.

The goal of NATO Enhanced Forward Presence is to protect and reassure NATO's eastern member states of their security and to deter any possible aggression against NATO eastern member countries. The multinational NATO battle group arrived in Latvia in June 2017.