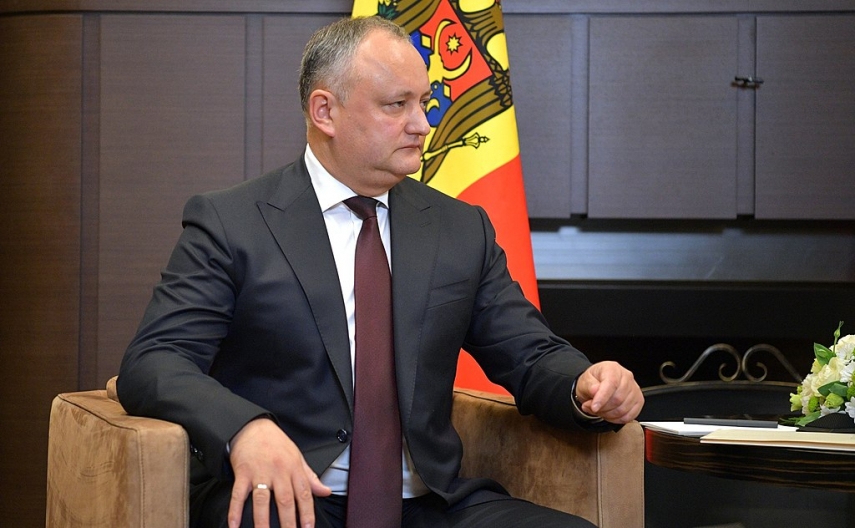 CHISINAU - Moldovan President Igor Dodon has spoken in favor of amending the country's agreement on association with the European Union.

During his visit to Brussels, Dodon had told the European Parliament and the European Commission that several provisions of this agreement need to be revised, Dodon said on Tuesday at a press conference dedicated to a review of his activity in office this year.

"As for the free-trade zone agreement, asymmetrical trade in a number of items, [such as] vegetables, fruit, canned goods, and alcohol, is more beneficial for Moldova. And those provisions should be revised," Dodon said.

"Moldova needs to balance its foreign policy," he said.

"I'm not against the fact that the government and the ruling coalition advocate for the integration with the European Union. But we shouldn't argue with Russia. I favor good relations with Russia, but I'm not against Europe. Foreign policy needs to be balanced. We don't need to be placed in 'either-or' situations. Moldova is bound to have good relations with both the East and the West in the current regional situation," the president said.

He gave the example of Armenia, "which was able to establish good relations with both the EU and Russia, has economic cooperation with the Russian Federation, but signed a political agreement with the EU."

"It means that both superpowers and influential international organizations are mature enough to give small countries the opportunity to cooperate with everybody, without tearing them apart," Dodon said.

"If we are unable to establish such relations with the East and the West, we won't be able to resolve the Transdniestrian issue or strengthen the country's statehood. If these issues are not resolved after the parliamentary election in 2018, then Moldova will face the threat of losing its statehood in five to six or ten years," he said.