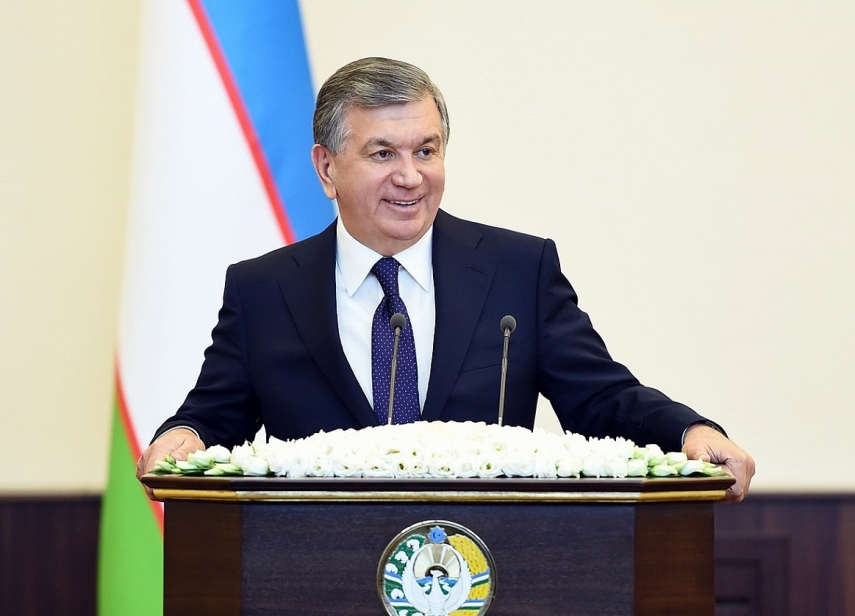 TASHKENT - Uzbek President Shavkat Mirziyoyev and European Council President Donald Tusk have discussed broader cooperation between Uzbekistan and the European Union in a variety of areas, the Uzbek media reported on Saturday.

"The meeting focused on further expansion of practical cooperation in the economy, trade, innovations, investment, transportation, science, education, and healthcare," the media said.

The sides are negotiating an enhanced partnership and cooperation agreement between Uzbekistan and the EU, and trade and investment projects are growing, he said.

"Consultations are underway to create favorable conditions for boosting mutual trade and investments. In addition, European partners are assisting Uzbekistan in its accession to the World Trade Organization," Mirziyoyev said.

He welcomed the resumed and broadened partnership with the European Bank for Reconstruction and Development and the launch joint projects in key sectors of the Uzbek economy with the participation of the European Investment Bank.

Scientific and educational exchanges are active within the framework of Horizon 2020 and Erasmus Plus programs, Mirziyoyev said.

In turn, Tusk hailed Uzbekistan's effort to fix the consequences of the Aral Sea environmental catastrophe and confirmed readiness for active interaction in the Multi-Partner Human Security Trust Fund for the Aral Sea Region.

The sides discussed some other topical global and regional affairs, including the peace process in Afghanistan, and underlined the importance of closer cooperation in the region as prescribed by the EU's new strategy for Central Asia.