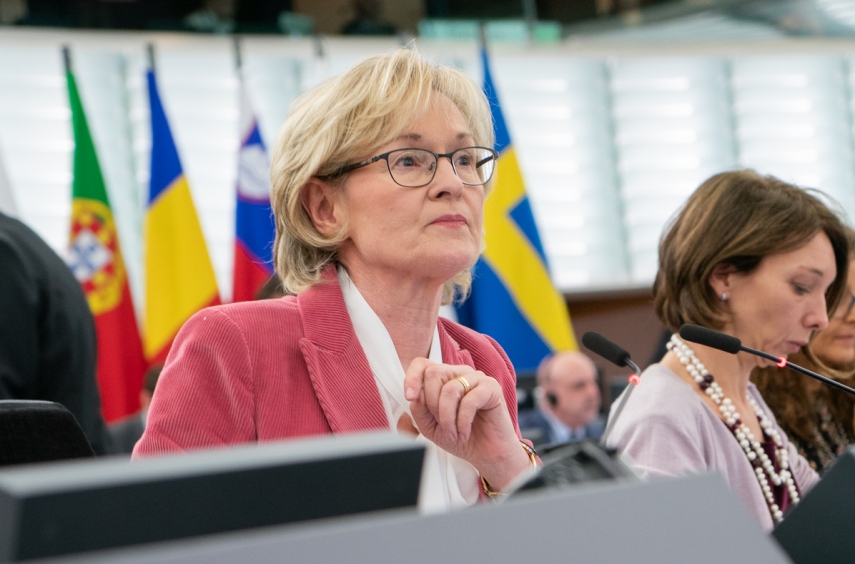 RIGA - On Friday, July 22, the Minister for Finance Janis Reirs met with the Commissioner of the European Commission (EC) for the Financial Stability, Financial Services and Capital Markets Union Mairead McGuinness, who arrived for the visit to the Baltic States. During the meeting in the Ministry of Finance they discussed the topical lending and macroeconomic issues of the financial sector, as well as introduction of sanctions against Russia.

Russia's warfare in Ukraine has adversely affected the financial system of Latvia and the world. The Minister for Finance emphasised that, despite that, the largest domestic loan issuers are demonstrating larger stability than on average in the European Union. In turn, the resilience of banking sector to economic shocks is to be assessed as good. It must be considered that the impact henceforth may be created by the rise in energy prices and inflation, supply issues, and deceleration of growth.

The Minister for Finance pointed out to a number of challenges in Latvia’s financial sector, mentioning as an example higher interest rates than on average in the Eurozone, triggered by the lack of competition in the banking sector providing corporate lending, as well as underdeveloped capital market. Thus, the Minister expressed his appreciation for the EC initiative for the development of capital market and technical assistance to Latvia for bringing it to life, for example, by establishing the IPO fund jointly with other Baltic countries.

The Minister accentuated that the cooperation among the Baltic States is now more significant as ever, by shaping a strategic cooperation among the enterprises of the sectors relevant to the national economy, relying on each other in the fields, where the operation of enterprises in one of the countries has been historically stronger, and by joint efforts ensuring safety in such sectors as energy and food production.

During the conversation with the Commissioner the Minister pointed out that the link between the Baltic States and Russia is less significant than it might seem. Over the recent years, economic risks are being purposefully diversified, in order to reduce economic dependency, especially in the field of exports.

Latvia fully supports the introduction of all possible sanctions against Russia, being strictly against its military aggression in Ukraine. Part of the sanctions also affects Latvian economy, especially in the energy sector, but we have introduced, and will continue introducing even more strict measures against the aggressor. All possible efforts must be exerted for the seizure of frozen assets and reallocating them to the support for Ukraine.