Merkel, in Vilnius, vows to keep sanctions on Russia, but defends Nord Stream 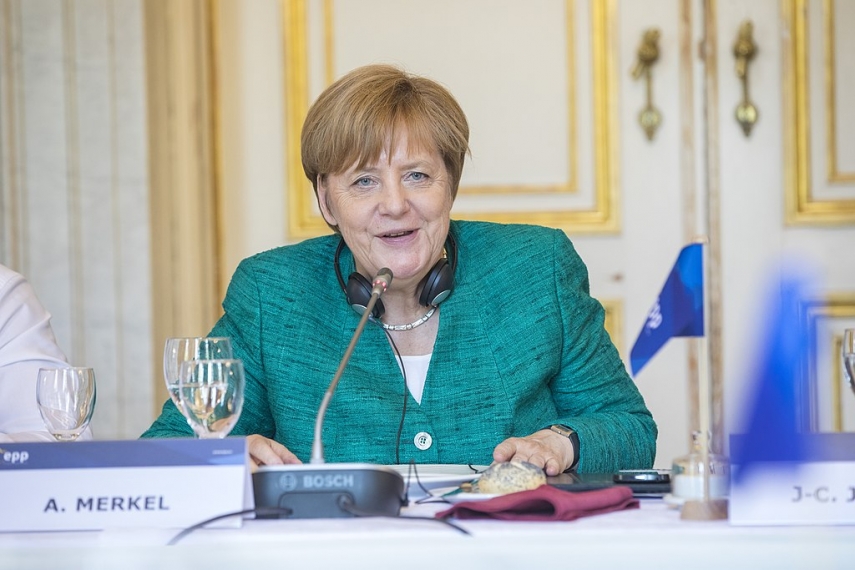 VILNIUS - German Chancellor Angela Merkel said in Vilnius on Friday that the European Union would maintain its sanctions against Russia until progress had been made in implementing the Minsk agreement on resolving the conflict in Eastern Ukraine.

"Before the Minsk agreement has been implemented or progress has been made in that regard, we will not consider lifting the sanctions on Russia," she said.

The chancellor admitted that meetings of the so-called Normandy Four, which consists of Germany, France, Russia and Ukraine, had not produced "as much progress as we would like", but insisted that the goal of restoring peace and the territorial integrity of Ukraine remained in place.

Merkel said after Friday's meeting with the Lithuanian president and the three Baltic prime ministers that she understood the Baltic countries' criticism over the expansion of the Nord Stream gas pipeline, but insisted that the project made economic sense.

At the same time, the German leader she said would seek to ensure that Ukraine remain an energy transit country.

Lithuanian President Dalia Grybauskaite said the gas pipeline on the bottom of the Baltic Sea was a geopolitical project that would increase Russia's influence.

"We regard it as a geopolitical project rather than a commercial or energy one. Our attitude is based on our experience, which, unfortunately, isn't very good. We know what it means to be dependent on the supply of energy from one source, that is, from Russia," she said.

The president said she understood that Germany had to maintain a dialog with Russia on international political issues, stressing that she had full confidence in the German leader.

"We have confidence in Germany and the chancellor (and believe) that she will never betray the interests of Europe and will always honestly and persistently represent the interests of all peace-minded states, the EU and our interests," she said.

Merkel's meetings with Grybauskaite and the Baltic prime ministers also focused on issues on the EU agenda, particularly the strengthening of the bloc's external borders to stem migrant flows.