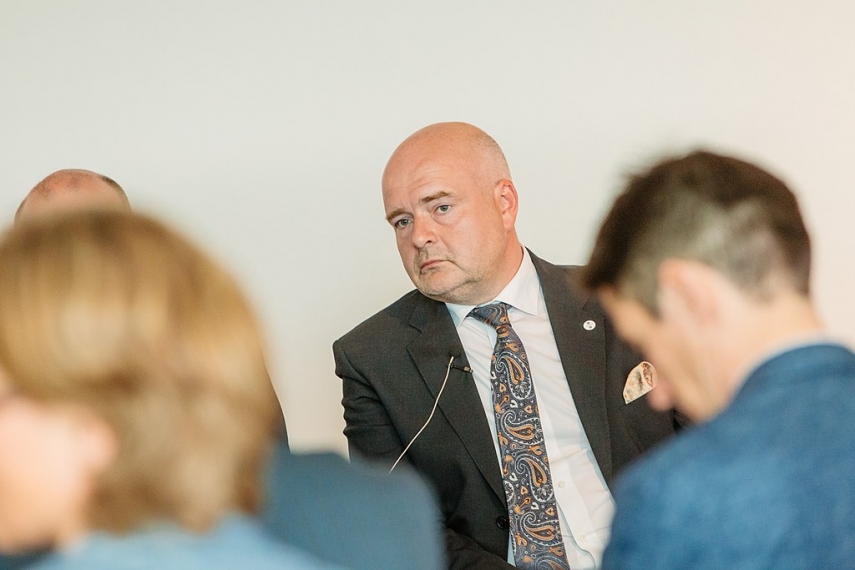 TALLINN – MEP Urmas Paet has described as not acceptable the situation where Estonia's Interior Minister Andres Anvelt has not attended a single formal meeting of EU interior ministers this year.

"Each EU ministerial meeting that the Estonian minister is absent from is a missed opportunity for Estonia to influence one or another policy of the EU in the way that Estonia considers right," Paet, deputy chairman of the opposition Reform Party and former longtime foreign minister of Estonia, said on social media. "It is also a missed opportunity for developing contacts with the ministers of other EU member states."

Paet said that personal contacts and being on good personal terms with another person matters the most namely in difficult situations and it is particularly important for Estonian ministers to attend EU ministerials, especially remembering that such meetings take place relatively infrequently.

"Aside from everything else, participating in EU ministerial meetings is part of a minister's work, plain and simple. I haven't noticed too often ministers from the other member states considering this part of their work that has to do with developing of policies pointless," Paet said. "Hence a participation rate of zero, or 50 percent or 60 percent by Estonian ministers at EU meetings is not satisfactory. Estonia must take part in the processes and the preparation of decisions in the EU actively and substantively, and an important part of this is our ministers just doing their job."

ETV public television reported earlier this week that Anvelt did not attend any of the three meetings that have seen EU interior ministers gather in Brussels so far this year. He did participate in two informal meetings, however.

Asked by ETV about his absence from the meetings, Anvelt said that all the key persons that need to be contacted in Europe are at the distance of a phone call.

"When it is evident that in fact there will be no serious political discussion at the meeting, but a stating of positions, my opinion is that it's pointless for a minister to fly there and waste their time," Anvelt told ERR. "I'm keeping an eye on it. The experience of the EU presidency is so big. When I see that there could be a political discussion next time, I will go there too."

"I definitely do not think that just being there at the table schoolboy-style will somehow benefit the Estonian state," Anvelt, a Social Democrat, added.