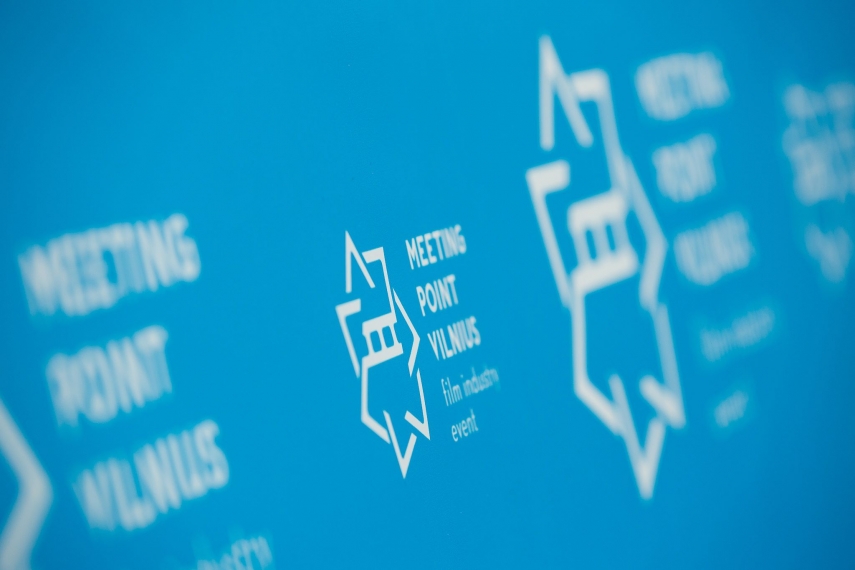 VILNIUS - 23 film projects will be presented at the ninth edition of Meeting Point – Vilnius, an international industry event taking place on March 27-29, during VIFF Kino Pavasaris.

On March 29th, during special Coming Soon Session in-development film projects will be presented to festival curators, film producers, agents and distributors. This year 23 projects were selected from the whole Europe.

Coming Soon Session serves as a platform for debuting filmmakers to evolve or successfully finalise their projects. Consequently, launch their careers in the global film festival circuit.

Three of the participating projects of debut filmmakers will be picked for the industry screening at Cannes Marche du Film. The excerpts of selected winners will be shown in "Vilnius IFF Goes to Cannes" session at this year’s Cannes film festival. Two separate projects will be awarded sound and video post-production prize established by Vilnius Film Cluster and its members as well as receive a special digital storage and promotion prize from Baltic View and Noir Lumiere.

Other entries include political drama By a Sharp Knife by Teodor Kuhn and producer Jakub Viktorin (Slovakia, Czech Republic). Darya Zhuk’s Crystal Swan, depicting a colourful story of an eager DJ from Belarus is also one of the participating in-development films co-produced in Belarus, Germany, and United States. Promising debut filmmaker Adam Sedlak working with producer Jakub Jíra comes to present his first feature project drama Domestique. Another selected project is Japan by director and producer Pavel Ruzyak from the Czech Republic. Annegret Sachse will present a political documentary essay about Kaliningrad Russia Today, in co-production with Germany and Russia. Young Georgian director Ketevan Nozadze will pitch her first feature Stalin Today, scrutinizing the ambivalence of this historical figure.

Polish director Jarosław Wszędybył in co-production with Romania will present a project The End of Valley of Tears. This film documents the unforgettable and unhinged story of a remote village where people diagnosed with leprosy were sent from all over the country. Another polish director Wojciech Solarz with a producer Dominika Stecyk will present their film project Wood Grouse and the Mystery of Vanishing Windows.

Another promising entry to this year’s Coming Soon Session is a bold story about various limits of humanity, Unforgettable Spring in Forgotten Village, directed by Kushtrim Bekteshi, co-produced in Macedonia, Albania and Kosovo together with producer Sasho Pavlovski. Having experience in directing Ukrainian TV series, this time Sergey Lysenko and producer Andrii Granytsia come to pitch an action film The Raid. The project focuses on the period of 1932 when an underground Ukrainian organization conducted a revolutionary action against the government.

Two emerging young filmmakers from Latvia are among Coming Soon Session participants.  Kristians Riekstins presents his first feature project EVA produced by Gints Grube and Kārlis Lesiņš together with Dominiks Jarmakovičs will pitch a creative film Under the Upturned Moon.

Belorussian documentary by Liubou Ziamtsova Artyom's Upbringing, tackling social and individual issues of the orphanage, will be a guest project of the pitching session as it was selected during the Bel:Cinema Industry days of Minsk International Film Festival.

This year, eight projects, developed in Lithuania are selected for Coming Soon Session. The latter include Marija Stonytė’s a coming-of-age story Gentle Warriors produced by Giedrė Žickytė. Aistė Juraitė together with Skaistė Jauraitė will pitch their first full-length feature documentary In Praise of Action. The project invites the audience to have a better look at stunt-people, sometimes referred to as the unknown heroes of the film industry.

7 films will be also shown in the industry screenings during the three days of the event.

Many projects presented at Meeting Point – Vilnius continue to thrive in international film festivals and the distribution circuit. For instance, Arūnas Matelis documentary Wonderful Losers: A Different World has won awards for best documentary at both Warsaw and Minsk festivals. Likewise, Falling by Marina Stepanska was nominated at Karlovy Vary and Stockholm; Miracle by Eglė Vertelytė was screened at Toronto International Film Festival.