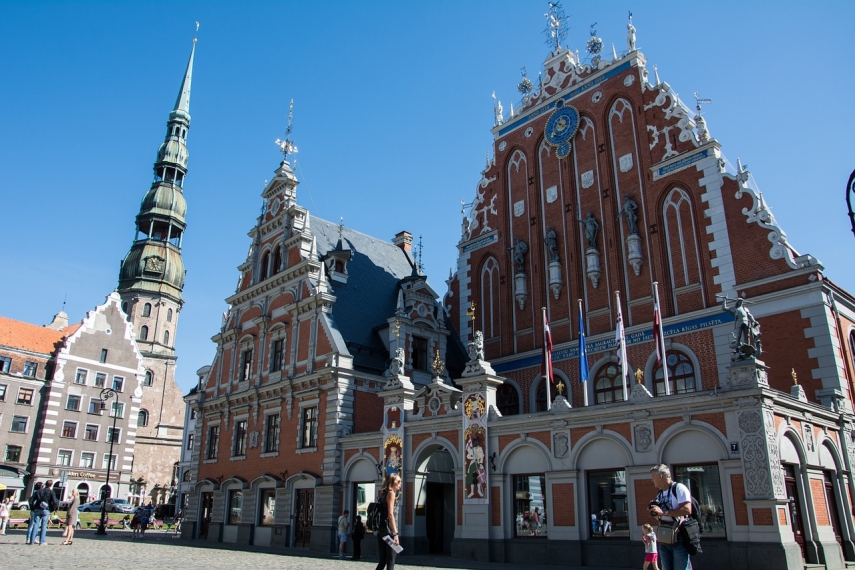 TALLINN - Mayor of Tallinn Taavi Aas is visiting the Latvian capital Riga at the invitation of Riga's Mayor Nils Usakovs on Thursday to take part in a follow-up meeting of the mayors of the Baltic capitals and celebrate the centennial of the Republic of Latvia with guests from the partner cities of Riga.

In their trilateral meeting, the mayors of Riga, Vilnius and Tallinn continued the discussions begun in Tallinn on May 15 on matters important to the cities, such as the organization of transport, the development projects of the cities, and financing of investments under the next EU multi-annual financial framework.

"As a member of the governing board of Eurocities, the most important organization of big European cities, Tallinn has the possibility to have more say in the shaping of the urban policy of Europe and to also represent the interests of neighboring capitals. For instance, increasing the decision-making powers of cities in the allocation of funds of the European Regional Development Fund to support the development of urban regions is important to all the three capitals," Mayor of Tallinn Taavi Aas.

"The officials and municipal agencies of Tallinn, Riga and Vilnius have been cooperating for a long time in various fields like dwellings and infrastructure, information technology and e-solutions, administrative and financial affairs, topics of public transport and the environment, not to speak of culture and sports. I am glad that now also a dialogue on the political level has gained momentum again," Aas said.

In the afternoon, the mayors laid bouquets of flowers in their respective national colors at the foot of the monument to the fallen in the Latvian War of Independence.

In the evening, they will hear a concert performed by the Vienna Philharmonic Orchestra and mezzo soprano Elina Garanca, a native of Riga.

The three mayors agreed during their meeting on the occasion of the Day of Tallinn in the capital of Estonia on May 15 to meet in all the three capitals in the year of the centennial of the three countries. The next meeting will take place in Vilnius at the beginning of September. It is also then that the orchestras of the three cities will perform together in concert.