Mask obligation to tighten from Friday, breaches to be met with punishment 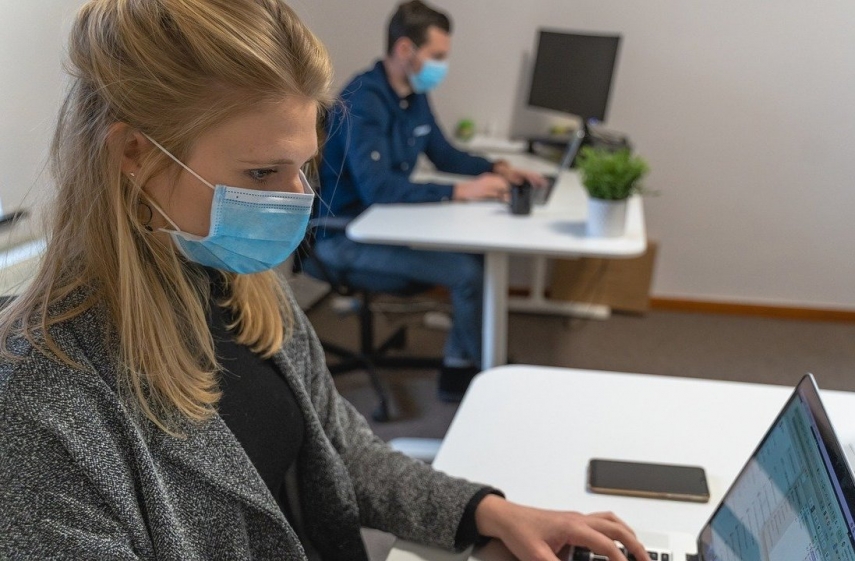 TALLINN - The mask obligation is to become tighter from Friday, which means that wearing a mask becomes mandatory at entertainment venues where an urgent recommendation to wear one was previously in place; additionally, the Health Board said that the time when breaches of the mask obligation were merely met with a warning is now over.

Kalle Kitsing, deputy head of the crisis headquarters of the Health Board, said that in terms of supervision, the Health Board has thus far been hoping that businesses comprehend the severity of the coronavirus crisis and follow the established rules; however, this has sadly not been the case and the government's orders have not been followed as expected.

"We are continuously in a crisis and all measures so far have been crucial to protect public health and the health of each individual. Consequently, the government announced a new order on Oct. 25 whereby the mask obligation was enhanced. Thus, in public places that can be accessed by anyone, wearing a mask is mandatory," Kitsing said.

Pursuant to the new order, starting from Oct. 29, wearing a mask becomes mandatory at venues where proof of vaccination or recovery is needed and where an urgent recommendation to wear a mask was in place thus far.

"We're talking about entertainment, such as theaters, cinemas and concerts. A mask must be worn even when the visitor has presented their vaccination certificate," Kitsing said.

Kitsing noted that the Health Board will no longer issue warnings for breaches of the requirements, instead, starting from the second half of this week, it will enhance its country-wide activities in cooperation with the police by conducting joint raids in Estonia's major cities.

"The focus will be on the businesses and people who ignore the rules, and they will be punished," he added.

Kitsing said that when going to a public place, such as a store, people must have either a medical mask or a store-bought triple-layered mask.

"A mask must be worn in public places by everyone except people who have a health reason for not doing so, and they need to have a certificate proving their condition issued by a specialist doctor," he said, adding that people without masks must carry said certificate with them, otherwise misdemeanor proceedings will be launched against them.

If a person claims to have forgotten to bring a mask to a public place, a precept will be issued to them and a fine may also be meted out to them. Should the person refuse to wear a mask, both measures will be taken against them, and if they refuse to leave the public space, they will be escorted out by force.

With regard to businesses that have failed to check their customers' coronavirus certificates, proceedings are to be launched immediately, which may result in a precept or fine.

"The violation will be registered and we will do so in cooperation with the police, thus, we'll have more forces at our disposal," Kitsing said.

The measures have not been put in place out of a desire to punish people but instead out of an urgent need, according to the deputy head of the Health Board's crisis headquarters.