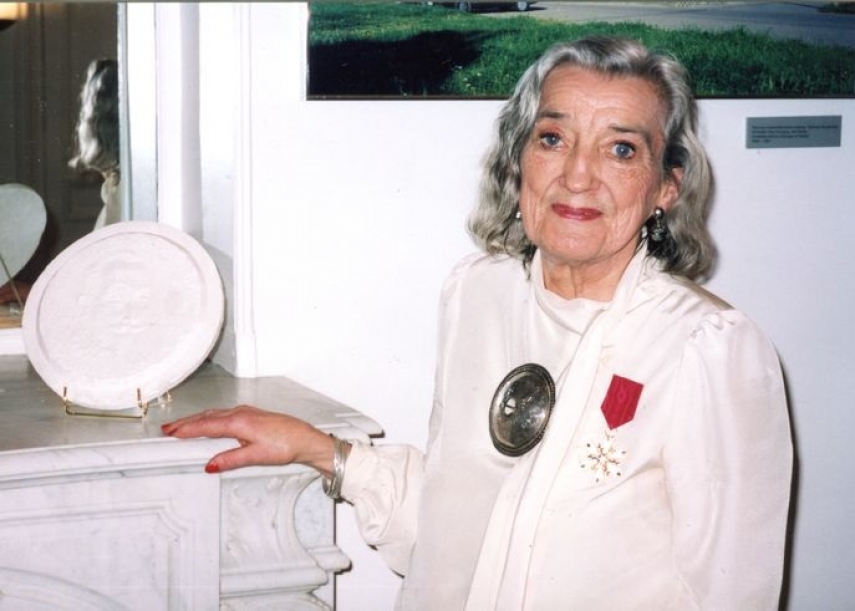 On Thursday, 22 August, an exhibition of works by Maire Männik will open at the Kumu Art Museum. Männik was an Estonian art classic who established her career in Paris after World War II. The exhibition was preceded by extensive restoration work, in the course of which more than 50 works of art were restored and repaired.

Maire-Helve Männik (1922–2003) was one of the most outstanding Estonian sculptors to have worked abroad during the decades after World War II. She was a member of the French Union of Sculptors (Syndicat national des sculpteurs statuaires professionnels créateurs), as well as the International Art Medal Federation (Fédération Internationale de la Médaille d’Art – FIDEM).In Paris in 1952, she made the acquaintance of Ossip Zadkine, an internationally renowned modernist sculptor. From 1953 to 1956 she studied with Zadkine at the Académie de la Grande Chaumière, and between 1950 and 1960 her works appeared repeatedly at the innovative, open-air Le Salon de la Jeune Sculpture exhibitions.

Maire Männik participated in art exhibitions organised by exile Estonians from 1946 until late in her life. In 2002, she was awarded the Order of the White Star, 5th class, for her work promoting Estonia in Paris.

In her work, she combined details based on nature motifs with elements of abstract form that grew out of the art of the 1950s. The sculptor, who participated actively in the French art scene, created portraits, abstract compositions, public sculptures and medals. The part of her legacy that is connected to Estonia includes busts of Marie Under, Anton Hansen Tammsaare and Gustav Ränk, as well as medals commemorating the jubilee of the University of Tartu, and Eduard Wiiralt’s tombstone in the Pére Lachaise Cemetery in Paris.

In 2004, Erki Männik gifted a large part of his mother’s creative legacy to the Republic of Estonia. The exhibition at the Kumu Art Museum is comprised of the artistic legacy that was divided between the Art Museum of Estonia and the Tartu Art Museum, in addition to works from private collections and works that had arrived at the museums earlier. Also included are the University of Tartu commemorative medals from the University Museum’s collection. The exhibition was preceded by extensive restoration work by Isabel Aaso-Zahradnikova and Aleš Zahradnik. More than 50 works were restored. The book accompanying the exhibition was authored by Juta Kivimäe.

Maire-Helve Männik was born on 1 April 1922. Her father, Hans Männik (1893–?), was a well-known publisher. Her mother, Lydia Männik (1888–1969), was one of the first Estonian female doctors. Maire Männik studied at the Girls’ Secondary School of the Estonian Youth Education Society. Between 1942 and 1944, she continued her education at the Pallas Art School, studying sculpture under Anton Starkopf, and simultaneously at the University of Tartu, studying the humanities. In 1945, she arrived in Sweden as a refugee, where she graduated from Stockholm University and also studied modelling at the Stockholm School of Applied Arts School. In 1953, she was granted Swedish citizenship.