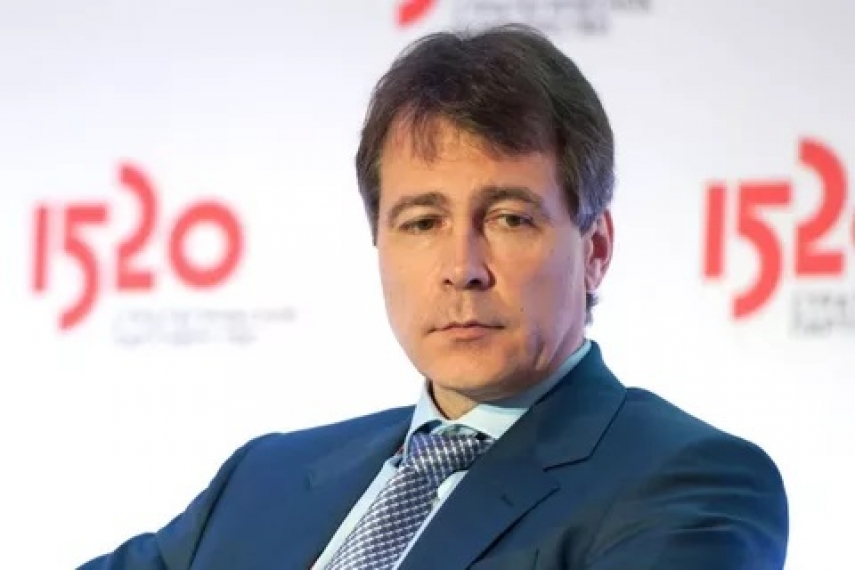 LIMBAZI - Ugis Magonis, the former CEO of Latvijas Dzelzcels (Latvian Railways, LDz) national rail company, claimed in court today that he received nearly EUR 500,000 in cash from Estonian businessman Oleg Ossinovski not as a bribe but as reward for lobbying his interests in Russian Railways.

Magonis, currently on trial for graft, said he had to persuade Russian Railways to make a purchase from Daugavpils Lokomotivju Remonta Rupnica (DLRR) locomotive repair company, which is owned by Ossivovski.

Magonis told the court that the money was not meant to be passed on to somebody else but was given by Ossinovski for the assistance Magonis had privately provided to the Estonian businessman.

The former LDz CEO underlined that he has longstanding friendly relations with former Russian Railway head Vladimir Yakunin and his deputy Vladimir Morozov and that he still maintains these contacts.

Magonis testified in court that initially Ossinovski offered him EUR 800,000 for lobbying interests of DLLR in private conversations in Russia. The former LDz head noted though, that in his view the interests of DLLR were closely linked with Latvia's national interests because the company employs around 1,000 residents in Latvia's southeastern city of Daugavpils. He also stressed that his meetings with Yakunin and Marozov had been private conversations and not official talks and denied accusation that he received the money for arranging these meetings.

Magonis noted that after LDz subsidiary LDz Ritosa Sastava Serviss concluded an agreement with Ossinovski's Skinest Rail on a purchase of four diesel locomotives, the sum offered by Ossinovski reduced to EUR 500,000, with Ossinovski claiming that the deal was unprofitable for the Estonian company.

At that point, Magonis felt that the amount of money offered to him had something to do with the locomotive deal but stressed that nobody ever said explicitly that the money was being offered for that deal.

Magonis repeatedly denied ever soliciting any money from Ossinovski, but admitted raising no objections when it was offered to him as reward for his efforts.

Asked by the prosecutor what, in his opinion, is private lobbying, Magonis explained that as LDz CEO he would not be able to secure contracts from Russia but as a well-connected private individual, acquainted with Yakunin, he could do that.

He also said he had planned to declare the money he had received from Ossinovski, because "I don' s see how, being a public official, I could have spent EUR 500,000 illegally ... I would have to show the money to the public."

As reported, the Latvian Corruption Prevention Bureau detained Magonis in summer of 2015. He is suspected of accepting a bribe of EUR 500,000 from Ossinovski in reward for LDz Ritosa Sastava Serviss, a subsidiary of LDz, purchasing four old locomotives for several million euros from Skinest Rail, a company owned by Ossinovski.