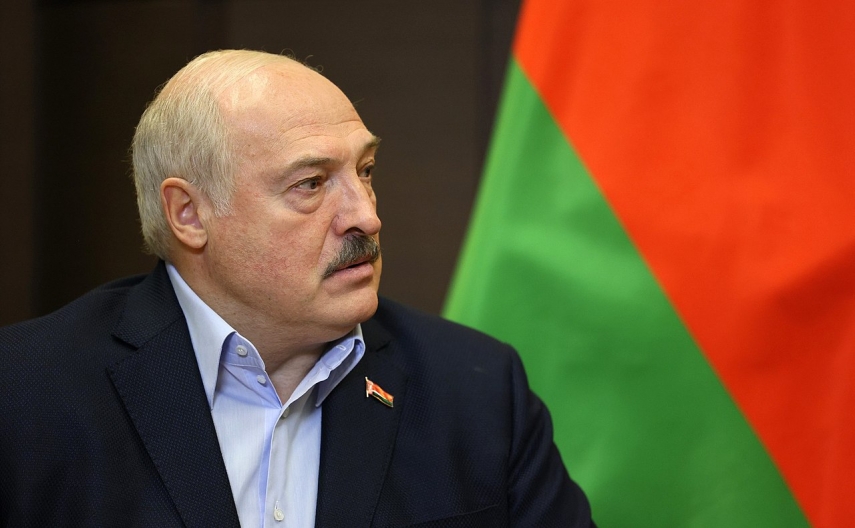 VILNIUS – Authoritarian Belarusian leader Alexander Lukashenko is crying out for attention with his accusations of the West allegedly preparing attacks on Belarus as his country's economy crumbles to pieces, Lithuanian Foreign Minister Gabrielius Landsbergis says.

"All these statements remind me of a cry for help. Judging from the information we have, the economy is in tatters, in ruins, because of the sanctions, because of the isolation. We have to bear in mind that this is a much weaker country than Russia, in every sense," Landsbergis told reporters at the Seimas on Monday. "Politically, Lukashenko has no legitimacy comparable to Russia's, and Russia's failing war seems to be dragging Belarus into the pit of global isolation."

Earlier in the day, the Belarusian state news agency BelTA quoted Lukashenko as accusing NATO and some European countries of planning attacks against Belarus.

Lukashenko addressed a conference on security issues and said Poland, Lithuania and Ukraine had allegedly begun training militants recruited from ranks of Belarusian radicals to carry out acts of sabotage, terrorist attacks, and organize a military mutiny in Belarus, adding that it's becoming an immediate threat.

"The attempt to shout about all sorts of action being prepared by neighboring countries is an attention-grabber, perhaps the only thing he (Lukashenko) hopes to do is to cause additional problems for the Ukrainians in order to maintain forces in the northern part of Ukraine, but the Ukrainians have been doing this for a long time and they see the risks in the same way we do," Landsbergis said, commenting on Lukashenko's statements.

He also confirmed there were no reports of possible provocations from Belarus, adding that the threat level remains unchanged.

"The facts we have, both from public sources and from our services, do not allow us to see any action directed against Lithuania and in any way changing our situation. In fact, on the contrary, the equipment is being taken out of Belarus, it seems that it will be used against Ukraine, probably on the front line, it's just that Russia is lacking its own weapons and is pooling everything it can, taking them from Belarus as well," the Lithuanian foreign minister said.