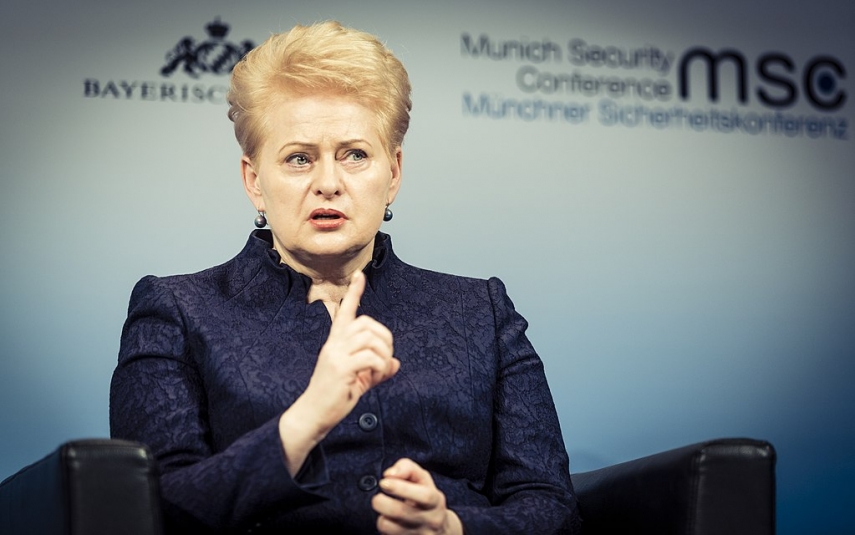 VILNIUS - Ongoing rows among Lithuania's parliamentary parties are destructive and may undermine confidence in the state, President Dalia Grybauskaite warned on Thursday.

Speaking after a meeting with the Seimas board, the president said that legislative work sometimes appears to be overshadowed by political noise, rows and the sorting out of relations between the parliament's two biggest parties, the ruling Lithuanian Farmers and Greens Union (LFGU) and the opposition Homeland Union–Lithuanian Christian Democrats.

"People see that destructiveness, (they see) that wars yield no positive result, no product, and they condemn both sides. Such behavior won't help create a more positive attitude toward politics," Grybauskaite told reporters.

"That means that confidence not only in politics but also in the entire political system can be seriously shaken in the run-up to three major elections. This is a very serious warning to all of us. Distrust in politicians leads to distrust in institutions and, eventually, in the state," she said.