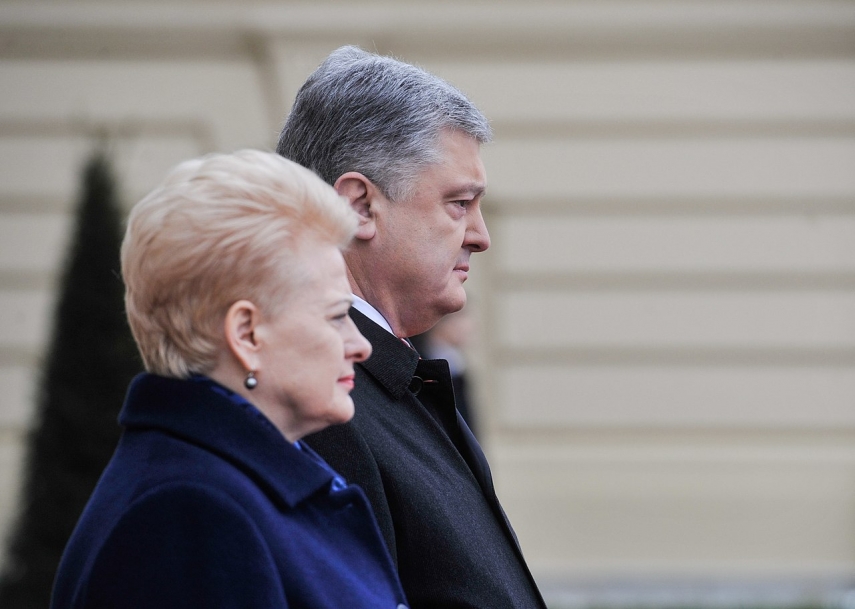 VILNIUS - Lithuanian President Dalia Grybauskaite warned about weakening international attention to Ukraine as she met with President Petro Poroshenko on the sidelines of the World Economic Forum in Davos on Thursday.

The president underlined that "despite weakening international attention to Ukraine, Lithuania will always demonstrate consistent and strong support to Ukraine and will remain the strongest voice calling for political support for the country and aspirations of the Ukrainian people to strive for a European future," her press service said in a press release.

Lithuania has been one of the staunchest supporters of Ukraine following Russia's annexation of Crimea in 2014. Moscow-backed separatists took control of part of Eastern Ukraine in the same year.

She "emphasized that Lithuania supports aspiration of the Armenian people to enhance democracy", the press service said.

The meetings with the Ukrainian and Armenian leaders focused on the security situation in the Baltic Sea and Black Sea regions, "as well as prospects of the EU Eastern Partnership program, Ukraine and Armenia's cooperation with the EU and further integration goals of these countries", according to the press release.