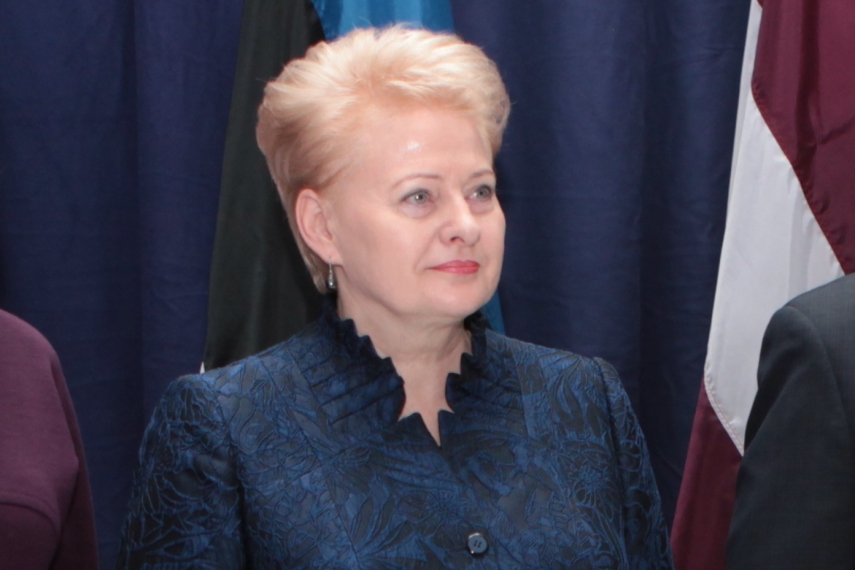 VILNIUS - Lithuanian President Dalia Grybauskaite will this week visit Slovakia and Austria to discuss preparations for the next NATO summit and energy security issues.

Grybauskaite will take part in a summit of eastern NATO countries, referred to as the Bucharest Nine, in the Slovakian city of Kosice on Thursday, her press service said on Monday.

The Lithuanian, Latvian, Estonian, Polish, Czech, Slovakian, Hungarian, Romanian and Bulgarian presidents and NATO Secretary General Jens Stoltenberg will discuss preparations for the Alliance's summit to be held in London next December.

"The priority of Lithuania and other eight states is the further strengthening of defense and deterrence along NATO's eastern border, which should ensure continuous allied readiness to respond to threats from the East, rapid and effective reinforcement, military mobility, regional air defense of the Baltic States, rapid decision-making, and better coordination of response to cyber-attacks," the press service said in a press release.

The heads of state also plan to adopt a joint political declaration during the meeting.

In Vienna on Friday, President Grybauskaite will meet with Austrian President Alexander Van der Bellen to discuss relevant EU matters and the stepping up of bilateral cooperation, with special attention to be given to nuclear safety issues.

"Lithuania and Austria share the same position on unsafe nuclear power plants under construction in neighboring countries in contradiction to and disregarding international nuclear safety standards," the press service said.