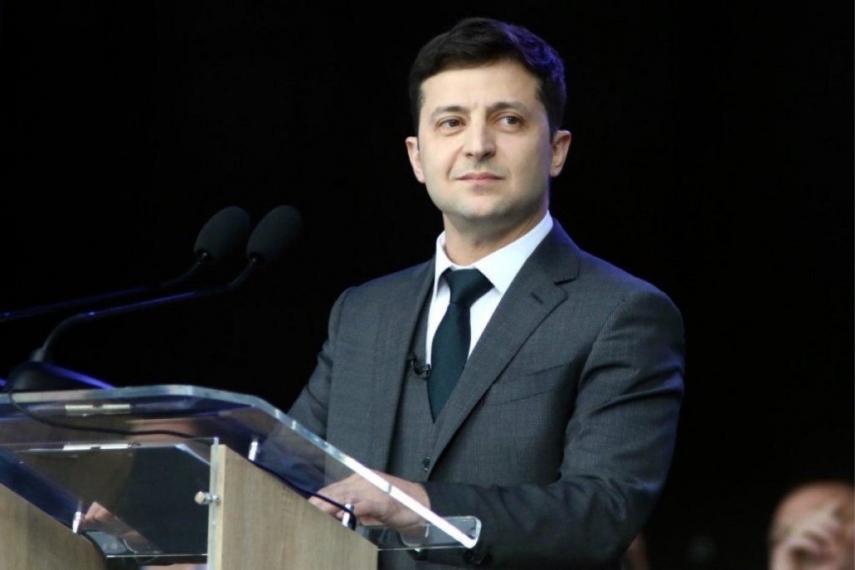 The meeting will focus on strengthening bilateral ties, geopolitical challenges and the security situation, Ukraine's cooperation with the European Union and NATO, the statement reads.

According to Grybauskaite, Lithuania is a consistent and principled supporter of the people of Ukraine, and firmly stands by Ukraine’s aspirations for a European future and strongly support its determination to protect national sovereignty and territorial integrity.

By choosing Zelensky, Ukrainians expressed their firm aspiration to live in a European country with European democracy, the rule of law, and standards of transparency and human rights.

"Therefore, it is very important to eliminate corruption, ensure transparent activity of state institutions, courts and law enforcement, a western business culture, carry out reforms in the energy sector, increase energy security and implement other important reforms," the statement reads.

The new Ukrainian president's inauguration started at 10 a.m. local and Lithuanian time, attended by over 50 representatives of foreign states.

Zelensky was elected Ukraine's president during runoff voting on April 21 after receiving more than 70 percent of votes and beating Petro Poroshenko who was seeking reelection.