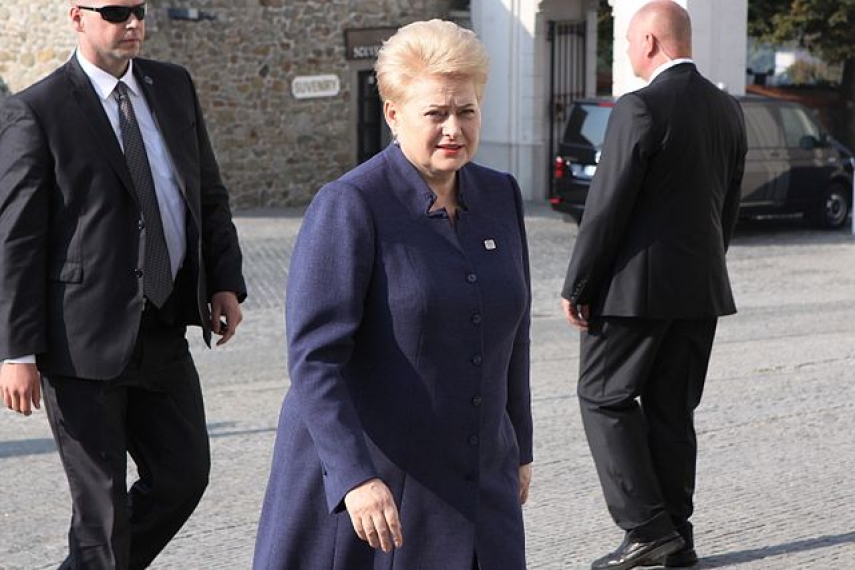 VILNIUS - Lithuanian President Dalia Grybauskaite will meet in Brussels on Thursday with Latvian, Estonian, Polish and European Commission leaders to discuss the Baltic countries' plans to disconnect their power grids from the Soviet-era BRELL ring and synchronize them with Western Europe.

The meeting will be held ahead of the European Council's meeting to discuss progress made in efforts to sign a final agreement on the synchronization project in June.

The European Commission will be represented in the meeting by its president, Jean-Claude Juncker, and Latvia, Estonia and Poland, by their prime ministers.

The Baltic grids are still part of the so-called BRELL ring, which also includes Russia and Belarus, and remain dependent on the control center in Moscow and the Russian electricity system.

In an effort to reduce their dependence on Russia, the Baltic nations aim to link their grids to the European electricity system by 2025

However, the initiative last year ran into difficulties amid heightened disagreements over how it should be implemented.

Lithuania proposes to use the existing LitPol Link interconnector with Poland, but Latvia and Estonia earlier insisted on a second line to be built to ensure security.

Tallinn had raised the idea of linking the Baltic grids to the Nordic system via Finland, but Estonia's prime minister voiced his support for synchronization through Poland during his visit to Vilnius earlier this month.

An agreement among the governments of the three Baltic countries and Poland is key to securing EU funding for the project.

In their summit starting later on Thursday, EU leaders will discuss the threat of a trade conflict with the US, Britain's accusations against Russia over the poisoning of a double spy, and Brexit talks.