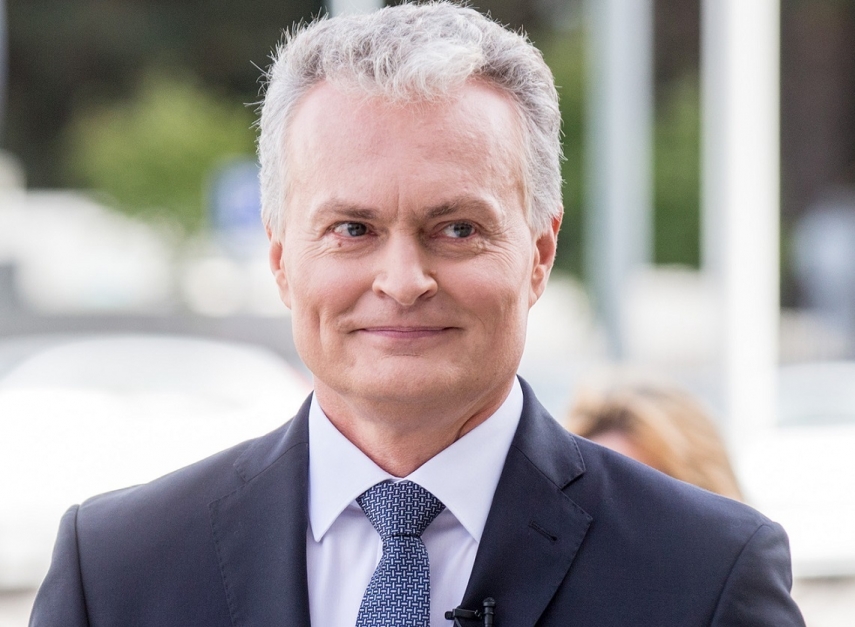 VILNIUS - Lithuanian President Gitanas Nauseda is retreating from plans to table a bill to require municipalities to follow criteria set by the central government in making decisions on commemorative plaques.

In early September, the president said he would put forward amendments to the Law on Local Self-government to make it obligatory for municipal authorities "to follow the criteria established by the government or its authorized institution when installing, removing or changing commemorative plaques".

The presidential initiative came in response to public discussions sparked by the Vilnius mayor's decision to remove a plaque to Jonas Noreika, a high-ranking Lithuanian military officer accused of collaborating with the Nazis, from a building in central Vilnius.

The Presidential Palace also hosted a cultural forum on historical memory in the same month.

Nauseda said he would submit the draft amendments to the Seimas for approval during its fall session, but he did not do so.

His office has confirmed that there are no immediate plans to table the amendments, adding that they are waiting for the Culture Ministry to draft a bill that will include provisions on the commemoration of people and places.

"The Culture Ministry has taken further steps and has included the principles for the commemoration of places and people into the new framework law on cultural policy which is currently being drafted," Antanas Manstavicius, a presidential advisor, told BNS.

"The new law is planned to be submitted to the Seimas in the spring session," he added.

Under the bill, the culture minister would set out historical memory recommendations.

The bill would also require that in making decisions on commemorating an event or a person, state and municipal authorities should assess the historical significance of the event or the person and take into consideration research data and relevant organizations and associations' opinions.

They would also have to look at whether that person "has been found guilty for committing war crimes or crimes against humanity".

Last July, Vilnius Mayor Remigijus Simasius ordered the removal of the plaque to Noreika, but a new one was placed by activists on the same building in central Vilnius in September.

Opponents note that Noreika, the head of Siauliai County during the Nazi occupation, signed documents in 1941 establishing a Jewish ghetto and expropriating Jewish property. Almost all Jews were later killed during the Holocaust.

Supporters of Noreika point out that he later joined anti-Nazi resistance and was imprisoned in a Nazi concentration camp, and organized post-war resistance to Soviet occupation.

Noreika was sentenced to death by a Soviet military tribunal in 1946 and executed a year later.