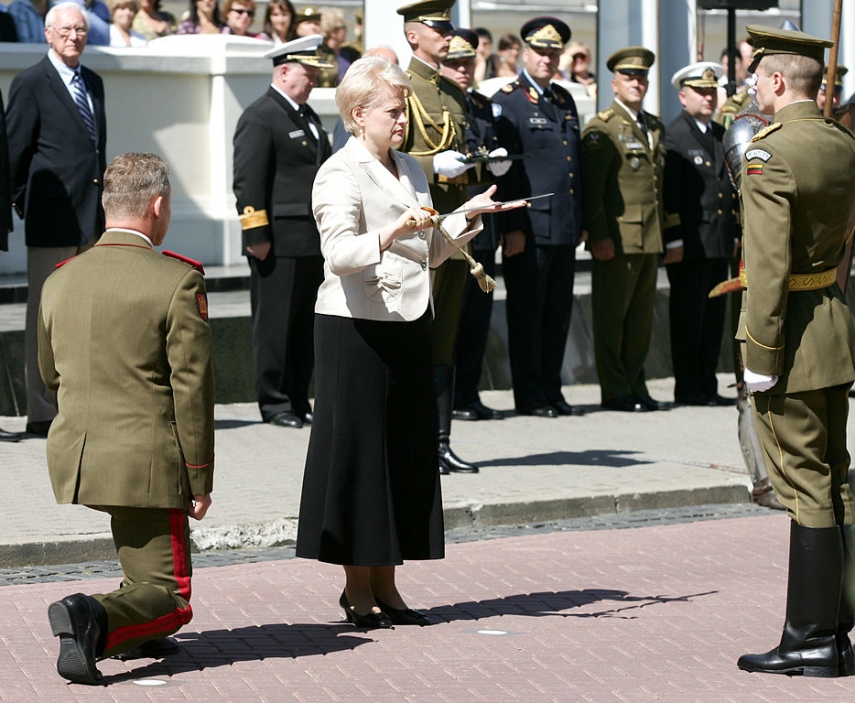 Ukraine, Poland and the Baltic countries say that the pipeline under the Baltic Sea will increase the EU's dependence on Russia's gas giant Gazprom, which already supplies around one-third of gas to Europe.

The gas pipeline would also reduce the role of Ukraine as a transit country, thus dealing a blow to the country's pro-Western government that is facing military and economic pressure from Moscow.

Grybauskaite on Friday discussed this issue with her Ukrainian counterpart, Petro Poroshenko, during their meeting the eastern Ukrainian city of Kharkov.

"Ukraine is quite openly asking for our support in blocking various issues related to this project, and we have certainly done so until now," the Lithuanian president told reporters in Kharkov.

"We are critical (of this project) and will apparently regard it more as a political project than an economic one," she said.

Diplomats say that the European Commission is currently preparing a mandate to negotiate with Russia over the Nord Stream 2 gas pipeline. Lithuanian officials do not approve of such talks.

Supporters of Nord Stream 2 argue that it will help lower gas prices.  German, French and Austrian companies cooperate with Gazprom in the development of the project.