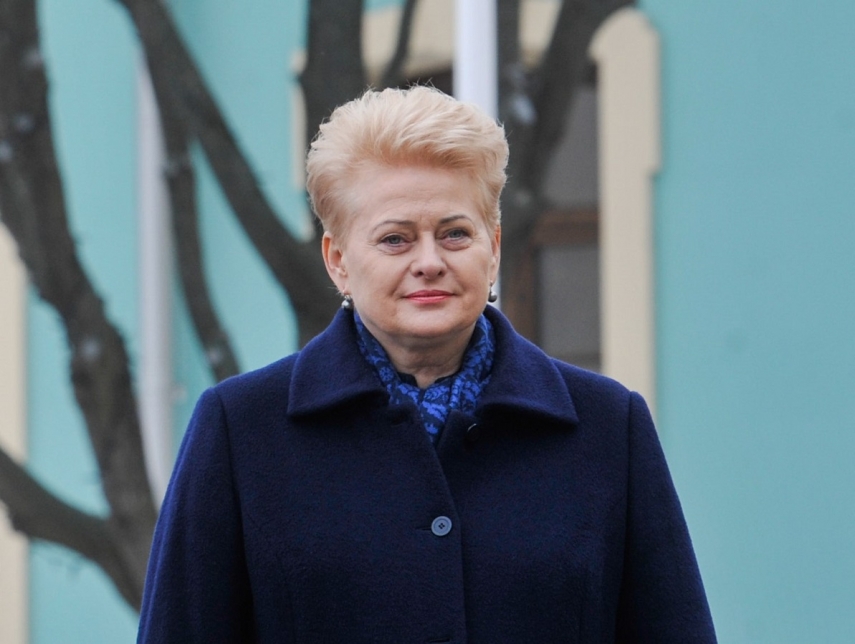 VILNIUS - President Dalia Grybauskaite acknowledges that the situation in the Lithuanian Cabinet, which currently has no female ministers, is worsening, but she is skeptical about introducing quotas for women leaders in the country.

In a debate on women's leadership hosted by The New York Times in Davos on Thursday, Grybauskaite received considerable attention because of Lithuania's all-men Cabinet, but she did not give much comment on this issue.

"It was a little bit better before, now it's deteriorating, but let's go a little bit into history, how the women appear in politics usually," the president said when asked by the forum's moderator if the Lithuanian government is not "too male".

While some participants of the discussion argued for "positive discrimination" in favor of women, Grybauskaite said quotas in important state institutions would not receive public support or help women in Lithuania.

"Talking about forms and how we can invite more women to participate actively in politics, economy, NGOs or even business, at least in our nearest region, quotas will not work, because it makes a little bit bitterness of the feeling that somebody can be involved into something, not based on excellence. And this in our society is taken not very well. This is not working for women well either," she said.

Grybauskaite said women often need to be "twice as good" as men to be given important positions and named "trustfulness", "knowledge" and "hard work" as key qualities in pursuing a political career.

„Without that, no quotas, nothing would help. You cannot impose respect by force, by laws, only by yourself, your own example," she said.

After Prime Minister Saulius Skvernelis last year replaced three female ministers, for education, justice and culture, with men, 13 out of 14 members of his Cabinet are now male.

Skvernelis mentioned on Thursday that he currently has two female candidates for the vacant job of environment minister.

Grybauskaite also noted that one of three potential candidates to succeed her after this May's presidential election is a woman.

On Thursday, Grybauskaite also took part in the World Economic Forum's plenary session focusing on cyber security challenges and measures to tackle them.

The Lithuanian president underlined that "safe and secure cyber space is a precondition for the survival of democracy," her press service said in a press release.