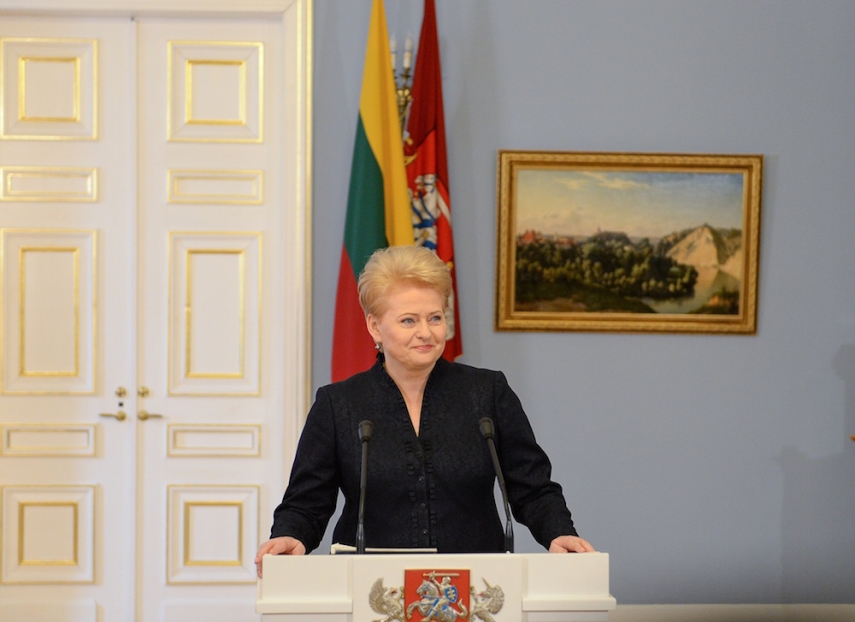 President Grybauskaite has called for a change in laws surrounding the regulation of service weapons [Image: fm99.lt]

In the wake of a border guard operation that led to death of an 18-year-old suspect last week, Lithuania's President Dalia Grybauskaite has suggested revising the laws regarding regulating the use of service firearms in order to avoid future similar tragedies.

The proposals were supported by Interior Minister Saulius Skvernelis who met with the head-of-state on August 31, 2015.

"The tragedy, which claimed the life of a young man who had just set out in life, calls for immediate measures to prevent such senseless deaths in the future,” said Dalia Ulbinaite, a presidential spokesperson. “The president is convinced we have to develop a legal base that would both prevent the use of redundant force against people, and protect officers against unlawful actions.”

According to Ulbinaite, Grybauskaite noted during the meeting with Minister Skvernelis, that Lithuania "does not take into consideration the European standards and practice of the European Court of Human Rights in relation to the use of firearms."

"The officer's or another individual's health or life has to be in danger,” outlined Ulbinaite. “Or this has to be a detention of a person suspected of a violent crime.”

The need to step up border protection was also high on the agenda of the meeting.

The 18-year-old in question from Alytus in the south of Lithuania, was gunned down by a border guard on Thursday morning during a pursuit between two cars driven by suspected smugglers along the Lithuanian-Belarusian border.

After one of the cars was later stopped in Leipalingis, the injured teenager was discovered on the back seat.

He later passed away in hospital.

Immediately after the incident, Grybauskaite said that the use of a firearm was un-necessary, and described the incident as a “poor performance from our border functions."

Meanwhile, the interior minister, Skvernelis, urged politicians to refrain from public condemnation of the border guard until a thorough investigation has been completed.

In a public letter circulated over the weekend, Skvernelis urged border officers to continue their tough stance against organised crime.