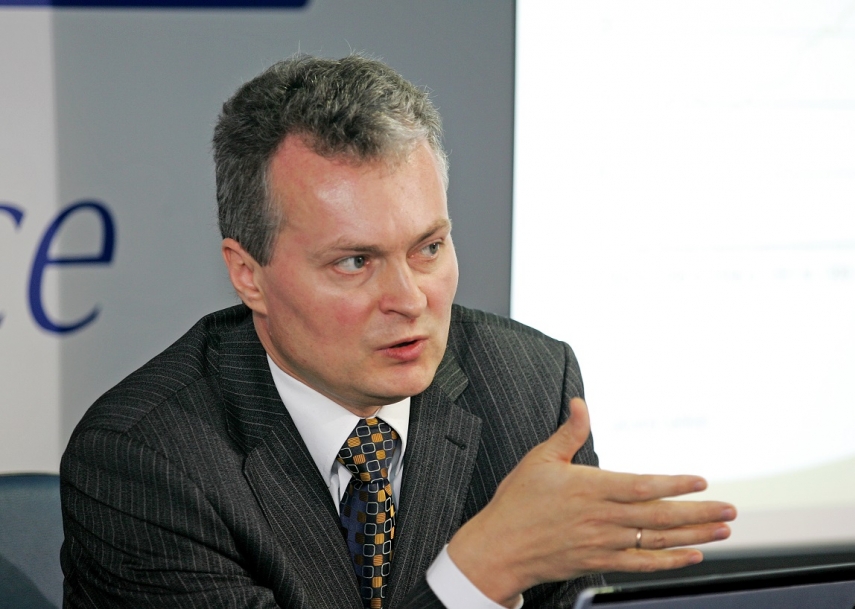 VILNIUS - Lithuanian President-elect Gitanas Nauseda says he wants to take an active part in the state budget planning process from an early stage.

"I'd like to be a president who gets actively involved with his team from the very beginning, rather than being brought in in the final stages of budget deliberation," he told journalists on Tuesday.

"As an economist, I won't be able to, and I don't want to and have no right to, remain on the sidelines of this key law, and we'll be really active in putting forward our proposals and in discussing the government's planned decisions," he said.

The planning of next year's budget begins in the spring. The government submits the bill to the Seimas for approval in the fall and the package is usually passed in December.

Nauseda said he will demand that the government table a budget that will be financially sustainable but will also contain measures to reduce social exclusion and increase well-being.

"Today the economic situation allows us to do so, but we really need both subtle and wise decisions," he said.

The economist-turned-president backs the idea of moving the parliamentary election date from the fall to an earlier date in spring so as to allow the new government to immediately start working on the coming year's budget.

Nauseda, who will be sworn in on July 12, said he has discussed the issue with some party leaders and plans to return to it.