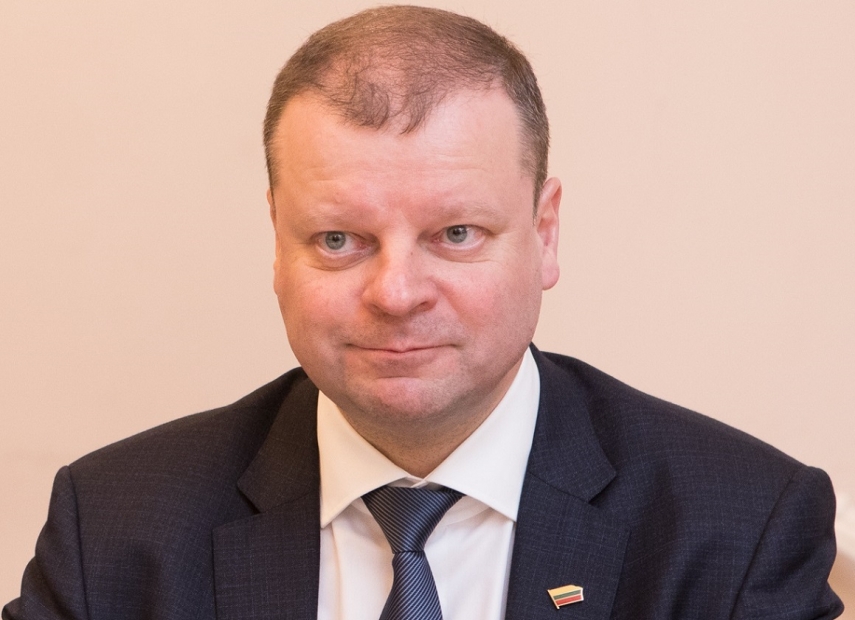 VILNIUS - Lithuanian Prime Minister Saulius Skvernelis says his predecessors were negligent in not talking to Belarus about the Astravyets nuclear power plant when the project was still in its early stages.

It was confirmed on Tuesday that Minsk had rejected Skvernelis' plan to convert the Astravyets plant into a facility powered by natural gas.

"There are several important messages in the response. It states that the project is far too advanced. You can read between the lines that this could have been done when the project was in its early stages and this had to be done. The then authorities (of Lithuania) behaved negligently," the prime minister said on Ziniu Radijas on Thursday.

Skvernelis described Belarus' offer to start talks on a joint radiation monitoring system as a very important message to Lithuania.

"The proposal to have a joint monitoring system is a very important message for us in terms of ensuring the safety of our people. We could have hardly achieved more," he said.

The prime minister said on Tuesday that he would accept Belarus' offer to hold talks on a joint system for monitoring the Astravyets nuclear power plant.

Belarus and Lithuania are currently holding talks on an agreement on cooperation and exchange of information on nuclear accidents, but the draft document does not contain a proposal to develop a joint monitoring system, the Lithuanian State Nuclear Power Safety Inspectorate (VATESI) has confirmed to BNS.

Belarus has recently pushed back the launch date of the Astravyets plant's first reactor until next fall. Minsk earlier planned to switch it on in May or June 2019.

In an effort to hamper the project, Lithuania plans to block electricity imports from Astravyets. However, other European countries have not backed Vilnius' proposal for a broader boycott.