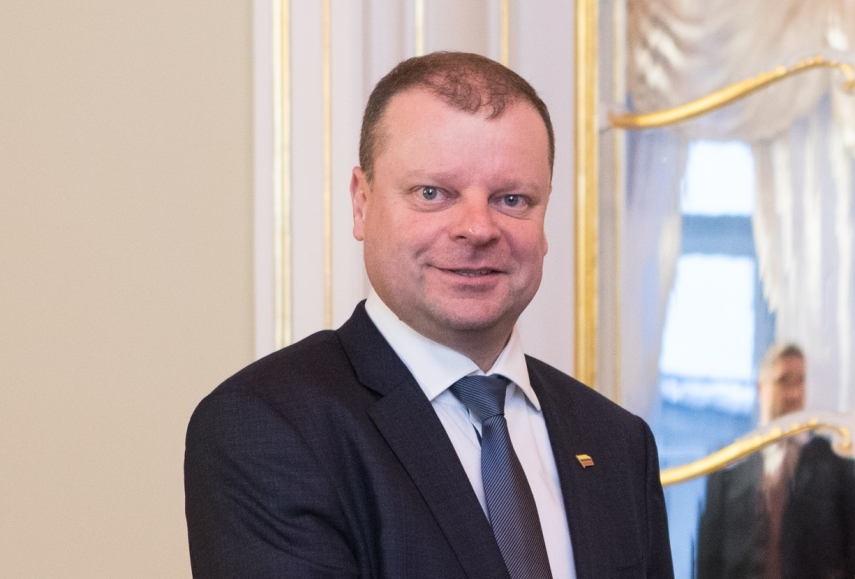 "In principle, we are inclined to support, but (we need to discuss) the details and what real benefit it would have," he told the Ziniu Radijas radio station on Thursday.

The Electoral Action of Poles in Lithuania–Christian Families Alliance, which has tabled such a proposal, says the measure would bring in around 100 million euros in extra budget revenue.

Skvernelis thinks, however, that the amount would probably be lower.

"We think that we would hardly be able to collect such an amount of money from that tax," he said.

According to Skvernelis, most of the proposals for increasing budget revenue would not produce an effect until 2021 and, therefore, the movement must look for ways to boost revenue next year.

He said it is difficult to find any logic to why Lithuania still does not have a tax on banking assets.

Mantas Zalatorius, the president of the Lithuanian Banks' Association (LBA), has citizen the move, saying discussions must be held and a cost-benefit analysis must be performed before introducing such a new tax.

According to Zalatorius, the experience of some foreign countries shows that such a tax could slow down economic growth and lead to higher unemployment.

The initiators of the amendments say some European countries, such as Britain, Hungary, Portugal, France and Sweden, have similar taxes on banks and financial institutions.