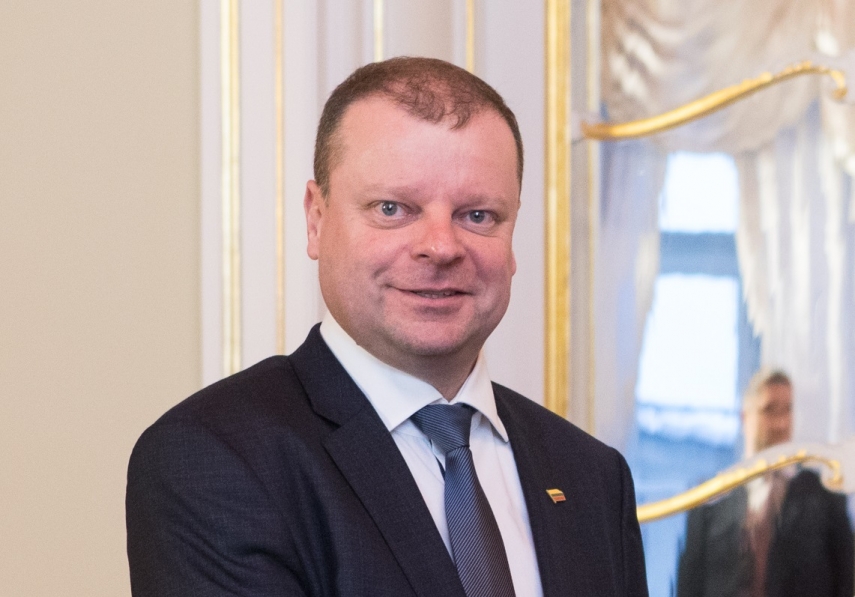 VILNIUS – Lithuanian Prime Minister Saulius Skvernelis disclosed on Wednesday he has stage 1 lymphoma, a type of blood cancer, but hopes for full recovery following treatment in September and October.

"It's lymphoma, stage 1, no spreading, and I am undergoing treatment, it’s chemotherapy," the prime minister told journalists on Wednesday.

"I completed the first cycle yesterday, and I feel great today," he said.

Skvernelis said changes in his lymphatic system were spotted during a health examination following the May presidential election when he ran for president representing the ruling Lithuanian Farmers and Greens Union.

"Unfortunately, only during an operation the diagnosis could be determined," the prime minister said.

Skvernelis said the treatment cycles should be completed in September and October, and doctors hope for full recovery.

"I also hope for that," Skvernelis said.

Earlier this week, President Gitanas Nauseda created a possibility for the prime minister to take sick leave, if necessary until October 4. Under the presidential decree, the prime minister would be substituted by Energy Minister Zygimantas Vaiciunas.

The prime minister says he feels capable of working but will have to have some time off due to medical procedures as he needs to avoid contact with people due to the risk of infection.

The prime minister took several days off this week, including Monday and Tuesday.

The prime minister said lymphoma is diagnosed to several dozens of thousands of people in Lithuania, and called on people to check their health.

"I can be a good example. You need to check you heath, even if you feel great. I have always felt great and I now feel great, and I felt great before the surgery," the prime minister said.