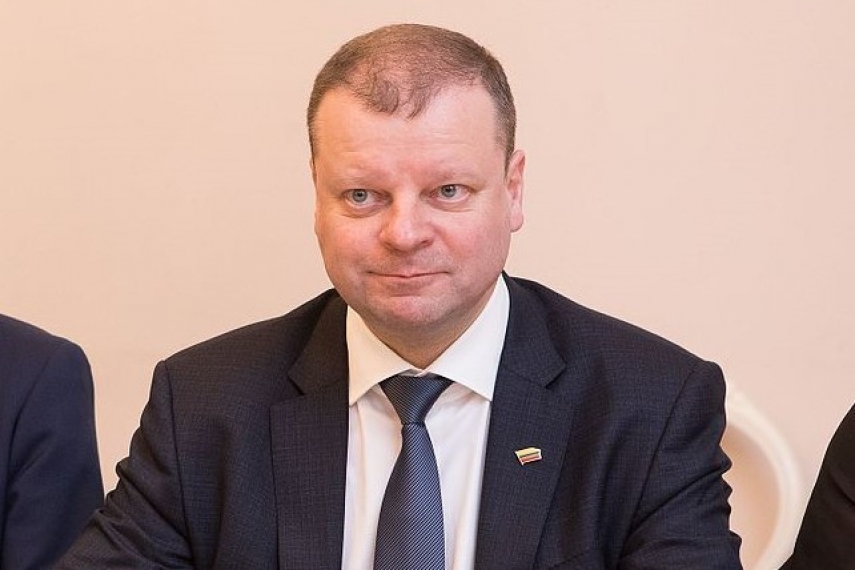 VILNIUS – Lithuanian Prime Minister Saulius Skvernelis is leaving for Israel on Monday and is scheduled to meet with his Israeli counterpart Benjamin Netanyahu and President Reuven Rivlin.

The meetings will focus on security problems in the Baltic Sea and Middle Eastern regions, bilateral cooperation and Israel's relations with the European Union.

Traditionally, Lithuania is among Israel's strongest supporters in Europe, partly due to the Holocaust history and the coordination of positions with the United States. But Lithuanian diplomats have recently been forced to maneuver between differing EU and US positions, for example, on recognizing Jerusalem as the capital of Israel.

Netanyahu visited Lithuania in August, and the Lithuanian prime minister then said that Lithuania was initiating an EU-Israel ministerial meeting on terrorism threats but the meeting has not taken place yet.

While in Israel, Skvernelis also plans to meet with the Litvak (Jews of Lithuanian origin) community and attend a bilateral business forum and a cyber security conference. The Lithuanian prime minister will also visit the Yad Vashem Holocaust memorial center.

Skvernelis does not plan to visit Palestine during the visit, despite President Dalia Grybauskaite and Speaker of the Lithuanian Seimas Viktoras Pranckietis visiting it during their visit to Israel.