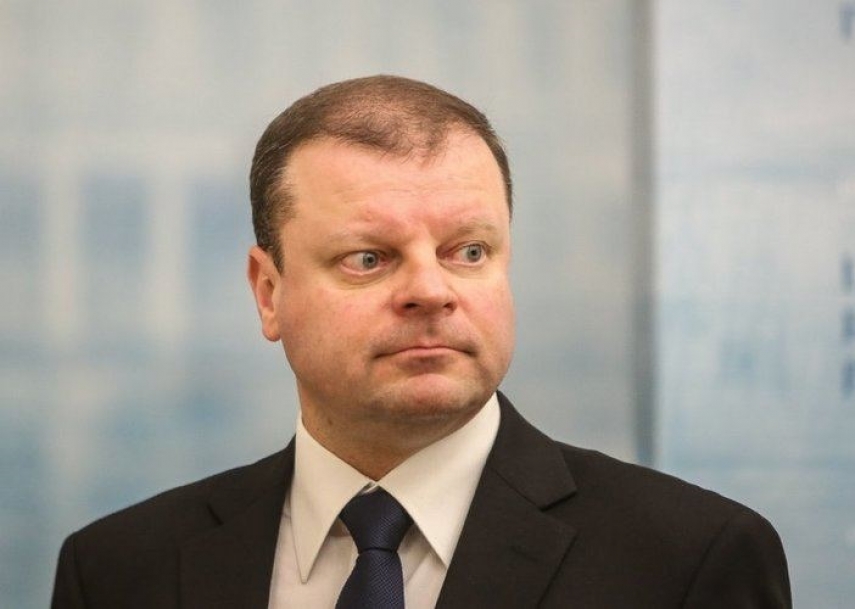 Reporters Without Borders (RSF) said in its 2019 World Press Freedom Index report released last week that Skvernelis had allegedly called journalists "dung-beetles" during a Cabinet discussion on the media's access to registry data.

"On the alleged statements attributed to the Prime Minister of Lithuania, I reassure you that those are the rumors that have nothing to do with what was said or discussed during the meetings or by the Prime Minister," Government Vice Chancellor Deividas Matulionis said in a letter to the organization.

According to RSF, Skvernelis used the word "to justify that journalists and media are not worthy of free access to registry data".

RSF said in the report that "journalists in Lithuania are slowly freeing themselves after years of oppression by local media moguls," adding that "independent investigative initiatives are gaining strength".

The organization noted, however, that "press freedom has fallen victim to government initiatives" recently.

"While the ruling majority and opposition fight over the management reform of public service broadcasting, the number of verbal attacks against journalists is increasing. At the end of 2018, the media's access to public registry was restricted by new financial barriers, where it had previously been free of charge," it said.

In his letter, Matulionis told the organization that following the Center of Registers' decision to end its long-time practice of providing registry data free of charge based on journalists' inquiries, the government allowed using public funds to compensate for the costs.

The Lithuanian Journalists' Union (LJU) and journalists from several media outlets turned to court after the government refused to give them the audio recording of last October's meeting in which the Cabinet discussed legislative amendments to give the media free access to registry data.

The vice chancellor underlined in his letter that the government had won the case in a first-instance court and that it had decided to livestream all of its meetings even before the court's ruling.

Journalists have appealed the ruling.

"I wish to stress that the Government of Lithuania is fully behind the need to ensure the Constitutional rights of the public to know and the right of the media to gather, receive and share information, and has consistently demonstrated this through words and actions," Matulionis said in the letter, a copy of which was forwarded to BNS by the government's office.

Latvia is ranked 24 in the 2019 World Press Freedom Index and Estonia is at number eleven. Poland is placed 59th in the ranking.