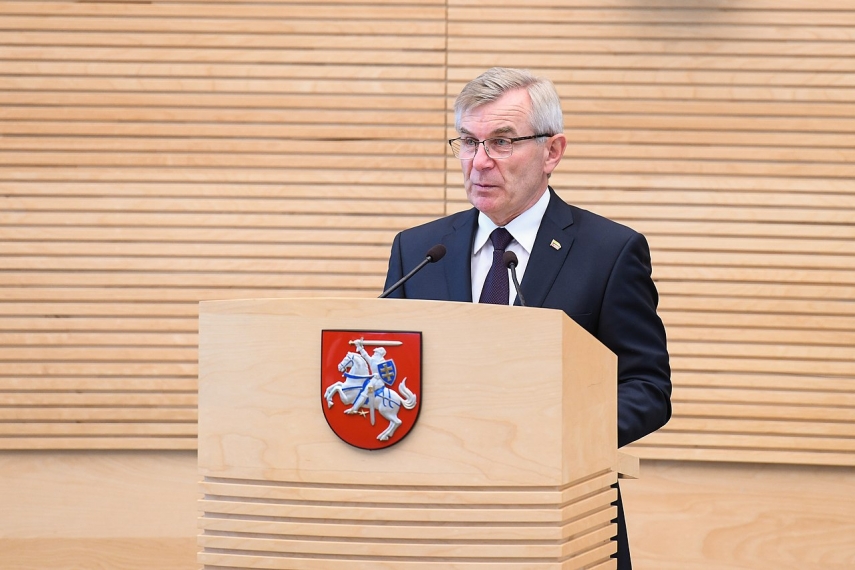 VILNIUS - Viktoras Pranckietis, the speaker of the Seimas, says Latvian Prime Minister Krisjanis Karins has reassured him that his country does not intend to purchase electricity from Belarus' Astravyets Nuclear Power Plant (NPP) under construction close to the Lithuanian border.

Pranckietis says he spoke with Karins in the Latvian town of Aglona last Thursday.

"I met with the Latvian president, the chairwoman of the Saeima and the prime minister in Aglona on (April) 15," the speaker told reporters on Monday.

"And the prime minister came to me and said, 'We are not going to buy electricity from the Astravyets plant'. He announced this publicly later," he said.

The Latvian government said last week that electricity trade with Belarus would be moved to the Latvian border once Lithuania suspends it.

Lithuanian officials are worried that electricity generated by the Astravyets plant will thus get access to the common market via Latvia.