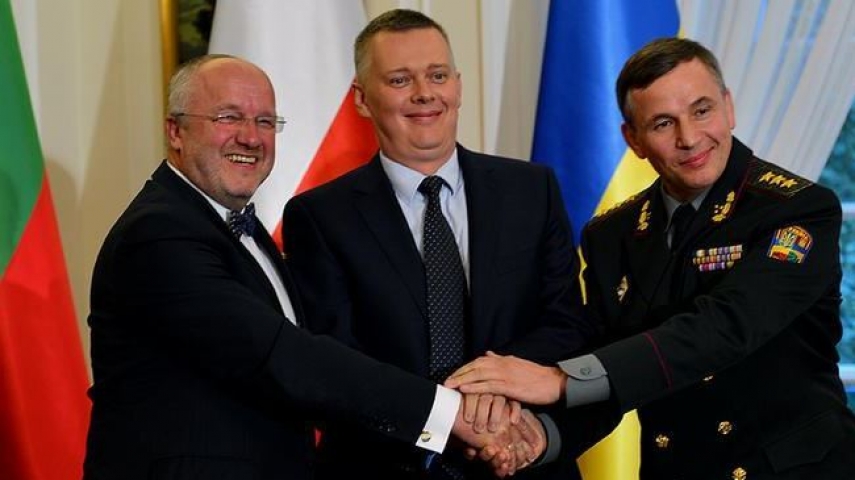 The defence ministers of Lithuania, Poland and Ukraine agree to the project in Warsaw in September last year [Image: presstv]

An agreement between the Governments of Lithuania, Poland and Ukraine on creating a joint military brigade has successfully passed the first legislative stage in the Lithuanian Parliament (the Seimas).

If the Seimas ratifies the agreement, this would allow Lithuanian participation in a joint brigade - referred to as LITPOLUKRBRIG.

According to Minister of National Defence Juozas Olekas, the goal of the brigade would be training, sharing experience, holding joint exercises and, if there was unanimous agreement, participation in missions under the United Nation Security Council mandate. The headquarters would be located in Lublin (Poland) and Lithuania would deploy six officers there. Meanwhile battalions attached to the brigade would be stationed in all three countries.

The creation of the unit would be one of the most significant military cooperation projects between Lithuania, Poland and Ukraine, and is expected to enhance trilateral relations.

79 members of the Seimas voted in favour of the project, 2 voted against and 1 abstained. Afterwards the draft law will be submitted for the consideration of the Seimas committees. The Seimas is scheduled to further consider the project on 26 March.