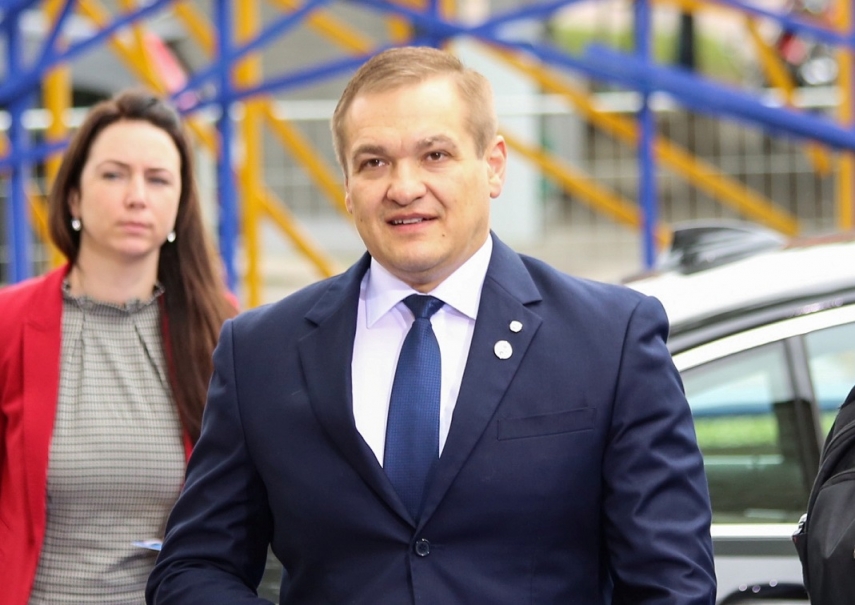 Jankevicius and Misiunas took part in a meeting of EU justice and interior ministers in Luxemburg.

"Russia's actions are incompatible with the status of the rule of law and should be condemned. This way preconditions are created to persecute judges of an independent state, performing their constitutional duties. It cannot be justified and tolerated," Jankevicius said in a statement.

"We view such behavior of the Russian Federation as unlawful attempts to put direct pressure on Lithuanian courts performing their constitutional duty to execute justice in a case of special importance for the whole Lithuanian nation," he added.

The case against Judges Aiva Surviliene, Virginija Pakalnyte-Tamosiunaite and Arturas Sumskas of the Vilnius Regional Court and Ainora Kornelija Maceviciene, the chairwoman of the judicial panel who retired after reading out the verdict, was opened for "pronouncing a knowingly unlawful sentence".

Jankevicius paid attention to the fact that Russia might misuse the Interpol system and bilateral cooperation agreements, seeking arrest, detention and extradition of Lithuanian officials subject to politically-motivated persecution.

"We seek to ensure that countries closely cooperate with Lithuanian institutions if Russia requested under a legal assistance agreement to find, question or detain Lithuanian judges and prosecutors," he said.

Interior Minister Misiunas asked his EU counterparts to cooperate with Lithuanian authorities "against any possible Interpol alerts or bilateral requests launched by Russia in order to locate or to arrest officials of Lithuania involved in the case", the Interior Ministry said in a press release.

"We regard such actions of the Russian Federation as an unlawful attempt to exert direct pressure on Lithuania's courts and as yet another attempt to rewrite history and deny the fact of the Soviet occupation," Misiunas said.

"I have turned not only to my counterparts, but also to the secretary general of Interpol over cooperation in this matter. This is particularly important for me not only as a minister, but also as a Lithuanian citizen and a former judge," he added.

In March, the Vilnius Regional Court convicted a total of 67 Russian, Belarusian and Ukrainian citizens of war crimes and crimes against humanity but the verdicts since then have been appealed by both the prosecutors and part of the convicts.

The Justice Ministry said active legal cooperation with Russia was sought as part of this case and 289 legal assistance requests were sent but only five of them were partly executed.

The Soviet used military force to topple Lithuania's legitimate government after Lithuanian declared its independence from the Soviet Union on March 11, 1990.