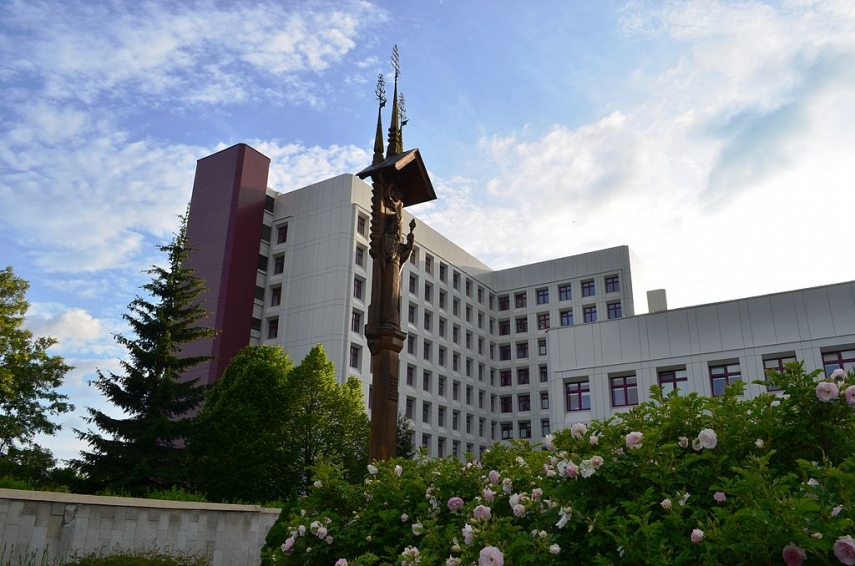 VILNIUS - Lithuanian law-enforcement officials said on Wednesday they they were conducting an investigation into suspected large-scale corruption at Vilnius University Hospital Santaros Klinikos, one of Lithuania's major hospitals

Kestutis Strupas, the hospital's director general, and Romualdas Kizlaitis, director of its Informatics and Development Center, have been detained as part of the probe. The former is suspected of abuse and the latter is suspected of bribery.

The Special Investigation Service (STT) and prosecutors said in a joint press release that the investigation was into suspected abuse and large-scale bribery in public procurement processes at the hospital.

"This is a large-scale investigation that is aimed not at individual corruption elements, but at exposing bribery schemes at Santaros," Ramunas Lukosius, chief of the Pre-trial Investigation Division of the STT Vilnius Bureau, told reporters.

Nerijus Puskorius, chief prosecutor of the Organized Crime and Corruption Investigation Division at the Vilnius Regional Prosecutor's Office, said that the investigation had been launched in the fall of 2017.

"The investigation is into a possible bribery mechanism where illegal financial remuneration, disguised as (financial) support, was demanded from legal entities in exchange for winning public procurement contracts," the prosecutor told reporters.

"We have grounds to suspect that support was used for private purposes, not only for the hospital's needs," he said.

STT officials on Wednesday conducted searches at the hospital and certain privately-owned companies, as well as the homes of suspected persons.

According to Lukosius, the probe includes, among other things, public procurement of technologies.

The STT official gave no details as to the number of individuals detained as part of the probe, but said that there were business people among them.

Lithuanian Health Minister Aurelijus Veryga said on Wednesday that STT had informed him about the probe.

"I was informed that certain actions would be taken. I don't know any further details and I can't comment," he told reporters.

Veryga said that the ministry was ready to cooperate with the law-enforcement in the investigation.

He said that the ministry had had no information about possible corruption or any other form of illegal activity at Vilnius University's hospital.