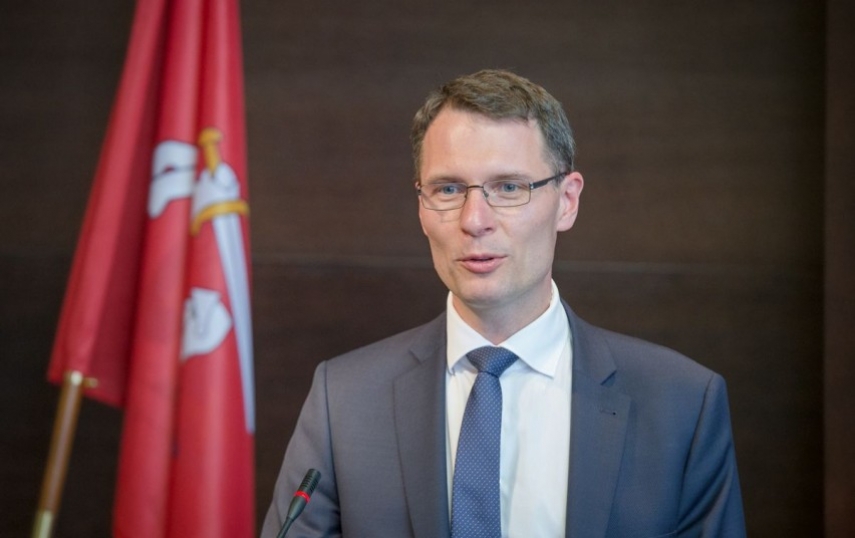 VILNIUS – Lithuania's Justice Minister Elvinas Jankevicius on Thursday introduced the chairman of the European Palriament's Committee on Civil Liberties, Justice and Home Affairs to the high-profile January 13 case, and also informed about the prosecution of the case's investigators and judges, launched by Russia.

"I am glad we received support and great concern over Russia's actions against Lithuanian officials. The issue will be put on the committee agenda in the fall, and we will be invited to attend the committee sitting," Jankevicius was quoted as saying in a statement released by the Justice Ministry.

He also said he discussed possible response to the existing situation with the committee's chairman Juan Fernando Lopez-Aguilar. The minister also said the committee would try to inform as many MEPs as possible about this for a resolution to be initiated.

"It's very important for Lithuania to inform as widely as possible the international community, international legal institutions, especially members of the EU organizations and structures about Russia's hostile actions, the launched criminal case against Lithuanian judges and prosecutors. We will make every effort to ensure safety of our officials to make them feel safe," the minister said.

"We will not tolerate any hostile actions against them and we will continue raising this issue of impermissible pressure at the international level," he added.

In July, 2018, the Russian Investigative Committee launched a criminal investigation against Lithuanian judges and prosecutors who worked on the January 13 case in Lithuania, and in March, Russia charged former Lithuanian prosecutor Simonas Slapsinskas in absentia for alleged unlawful prosecution of its citizens.

The Russian Investigative Committee stated that Slapsinskas, who worked on the high-profile January 13 massacre case, was accused in absentia of "unlawful prosecution of Russian citizens".