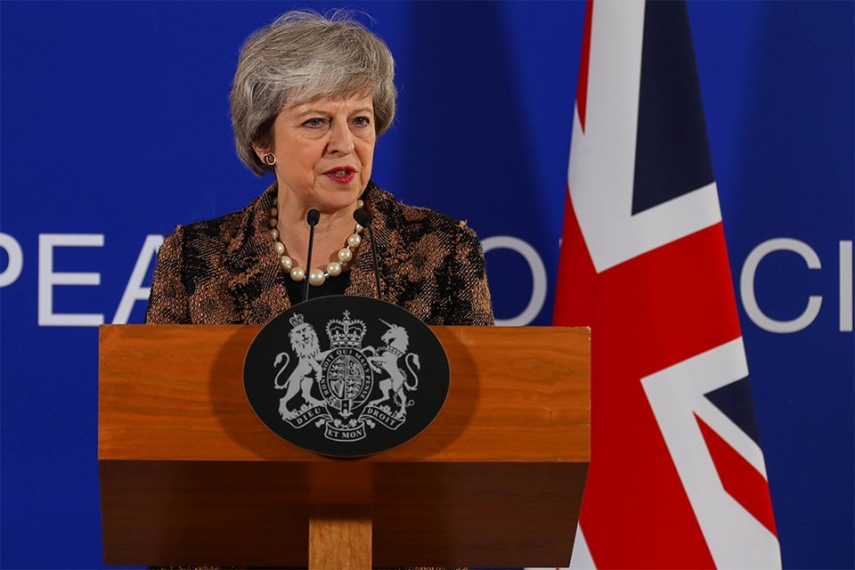 VILNIUS - Lithuanian Foreign Minister Linas Linkevicius expects that the British parliament will approve Prime Minister Theresa May's withdrawal agreement next week and the country will not have to ask for a longer extension of the Brexit deadline.

The minister's comment came after British MPs voted to ask the EU for an extension of the Brexit date beyond March 29 and confirmed intentions to hold another vote on the divorce deal next week.

Linkevicius said on Thursday evening that this week's votes in London showed that May's government had mustered "increasing support" for the deal.

"We can say that this tactic of conditional votes has justified itself (and) that there is increasing support for the withdrawal agreement," the minister told BNS.

The British parliament rejected the Brexit deal for a second time on Tuesday, but voted against leaving the bloc without an agreement under any circumstances on Wednesday.

"Many think that the price of a no-deal exit is too high," he added.

May has said she will ask the EU to delay Brexit until late June if her deal is approved next week. Otherwise, the deadline would be extended for a longer period of time.

Linkevicius said the UK would then have to hold elections to the new European Parliament, which will take its seat on July 2.

"That would hardly look well politically, because the UK leaves on one hand but organizes the elections on the other hand. This would add even more confusion, but this option can't be ruled out," he said.

The minister underlined that even if the Brexit date were delayed, the withdrawal agreement would not be renegotiated. London and Brussels could only amend the political declaration on the future relationship and give new assurances or clarifications regarding certain clauses of the agreement.