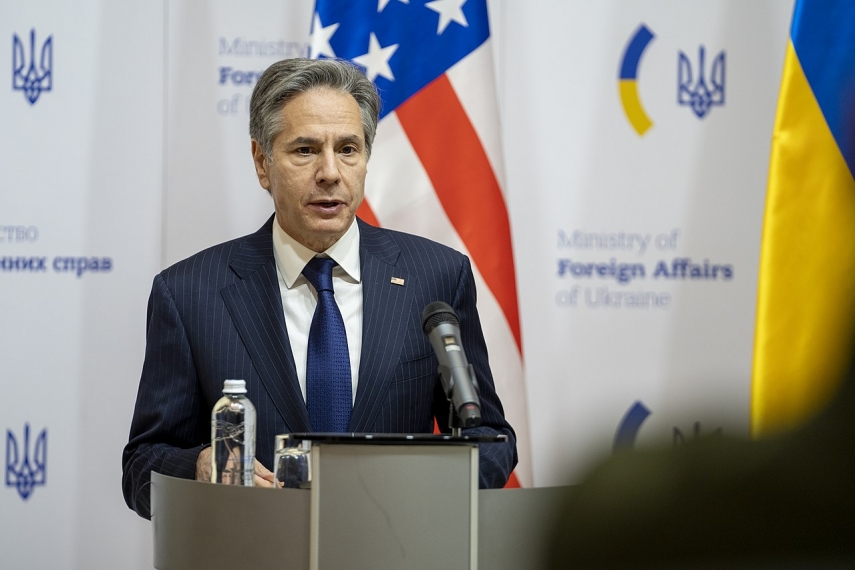 VILNIUS – Lithuanian Foreign Minister Gabrielius Landsbergis and his Latvian and Estonian counterparts on Thursday evening discussed the security situation in the region with US Secretary of State Antony Blinken.

According to Landsbergis, Kyiv needs not only political and economic support, but also military assistance in the face of Russia's invasion.

"Nice words of support do not blow up Russian planes and tanks. We are willing and able to help," Lithuania's top diplomat posted on Facebook after the call.

Landsbergis said he had thanked the US for its deployment of additional forces to the Baltic states.

"This is not only a deterrent, but also a message to the Lithuanian people: if we have to defend ourselves, we will do it together with the US, together with NATO," he wrote.

In response to Moscow’s offensive in Ukraine, US President Joe Biden on Thursday announced tough new sanctions against Russia, including freezing the assets of major banks and halting high-tech exports to the country.

Sanctions were also announced by the United Kingdom and the European Union.