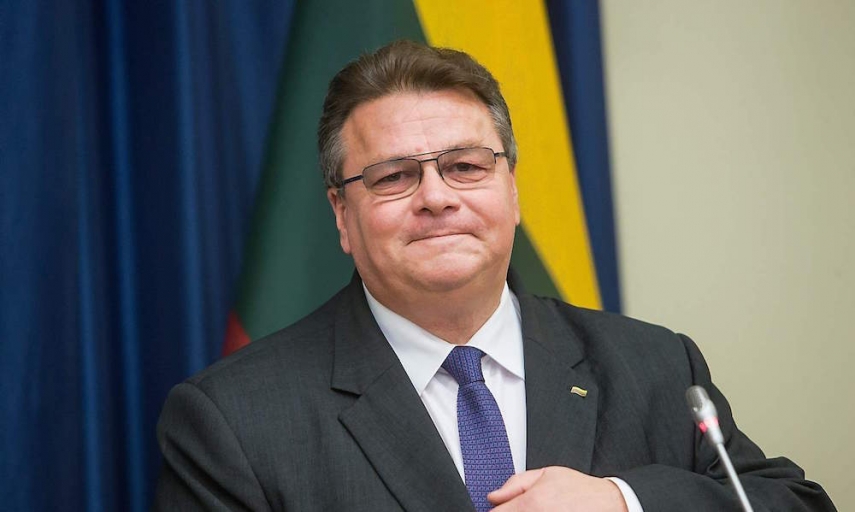 Lithuania's Foreign Minister, Linas Linkevicius, says he can "hardly imagine" a coalition with Russia in the fight against ISIS.

On December 1, the minister emphasised that efforts against terrorism is a universal global struggle.

However, "in reality, Russia [today] is a member of a different coalition, which consists of the regime of (Syrian President) Bashar al Assad, the Hezbollah terrorist group, and Iran."

Following a discussion with NATO defence ministers in Brussels, Linkevicius said that speaking about a partnership with Russia is hard, given the stance of the majority of the countries involved in the coalition against ISIS on al Assad's future differs from that of Russia.

Furthermore, the Lithuanian diplomacy chief said that, in the efforts against ISIS, Russia is currently "a certain factor that requires resources and time."

“[Russia’s] participation makes the regulation of the situation in the region a longer process. This is not a partnership.

“I can hardly imagine a functioning coalition with Russia," Linkevicius told BNS Lithuania in a telephone interview from Brussels.

Russia has been holding air raids in Syria for two months. Asked whether the actions in connection to Russia's shelling had become more constructive over the period, the minister replied that "1,500 were killed over the two months, 30 percent of them were civilians."

"We also see that 80 percent of the targets have nothing to do with the ISIS,” said Linkevicius, adding that the organisation can be destroyed without Russia's help, but doing so would require political will.

Syria has been locked in a civil war since 2011. ISIS currently controls part of the Syrian and some of the Iraqi territory, as well as small districts in Libya, Nigeria and Afghanistan.