Lithuanian DefMin - 20 percent of conscripts to stay on 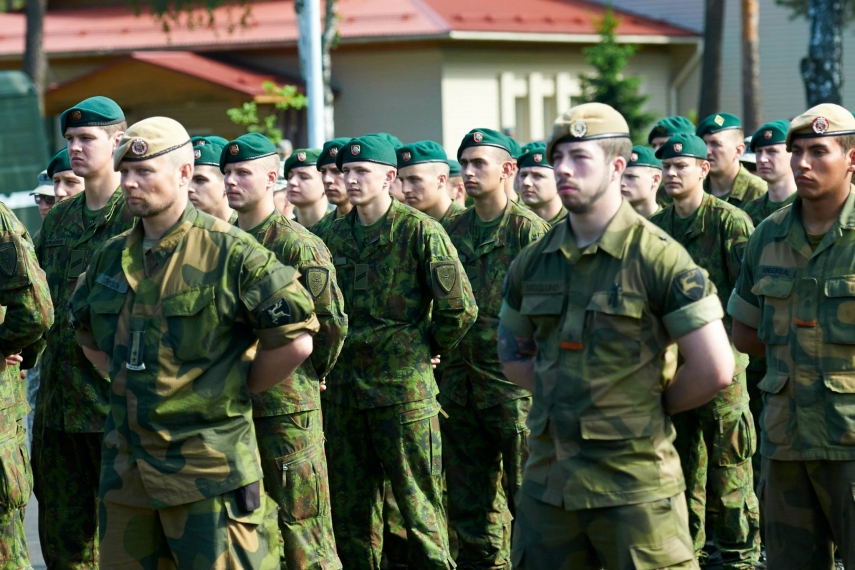 Members of the Lithuanian Army [http://kariuomene.kam.lt]

Lithuanian Defence Minister Juozas Olekas believes one fifth of the Lithuanian army’s conscripts will stay on as professional servicepersons.

"From my experience and the meetings when we talk to troops, we can expect 20 percent of them to remain serving professionally," he told journalists on November 9.

He added the conversations with conscripts on professional service would take place as the end of their service approached.

Introducing next year's conscription, Olekas said he had not received any major complaints from now serving conscripts.

Currently, 1,600 troops are serving in Lithuania's army after volunteering and another 460 conscripts will start service on November 24.

The last of the 2015 conscripts will arrive at their designated battalions in December.

Lithuania restored conscription in Spring 2015 in response to Russia's actions in Ukraine and its increased military activity in the Baltic Sea region.