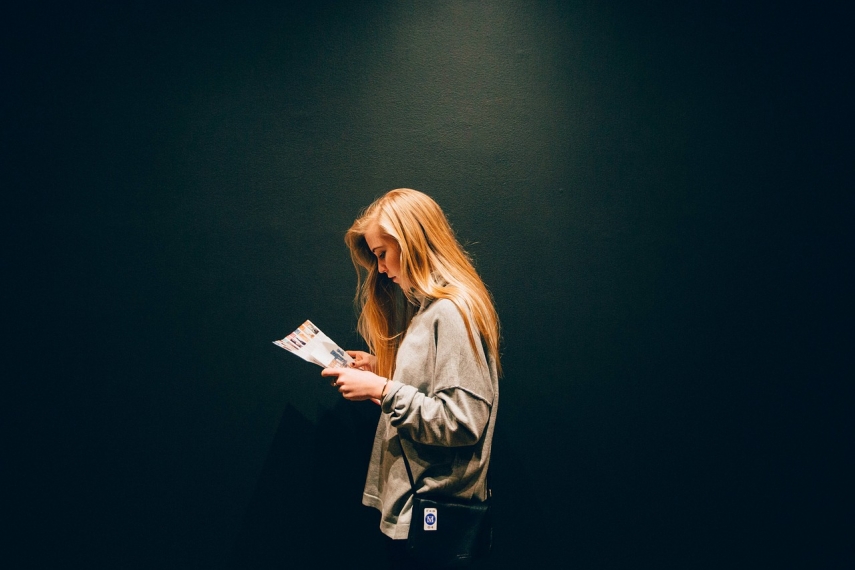 The magazine hit newsstands with all of its inner pages left blank, except for an introductory note from its editor-in-chief, and the cover carrying only the logo and a black mourning ribbon.

"This is our sign of protest, because the money allocated to us by the Press, Radio and Television Support Fund is not enough to publish the magazine. We received 14,000 euros less than last year," Gytis Norvilas, the editor-in-chief, told BNS.

"This is a desperate step by us," he added.

The literature, arts, cinema and science magazine, which has been published since 1946, this year was allocated 71,000 euros in funding by the Press, Radio and Television Support Fund, or SRTRF, and the Lithuanian Council for Culture, down from 79,000 euros last year and almost 82,000 euros in 2016.

Danguole Skarbaliene, chairman of the SRTRF Council, told BNS that around 1 million euros are needed annually for cultural publications to exist, but SRTRF can only provide a half of that amount. The fund has in recent years become obliged to support public information security projects as well, but its overall budget has not been increased, she said.

According to Skarbaliene, SRTRF this year allocated funds for 33 cultural projects, up from 30 last year.