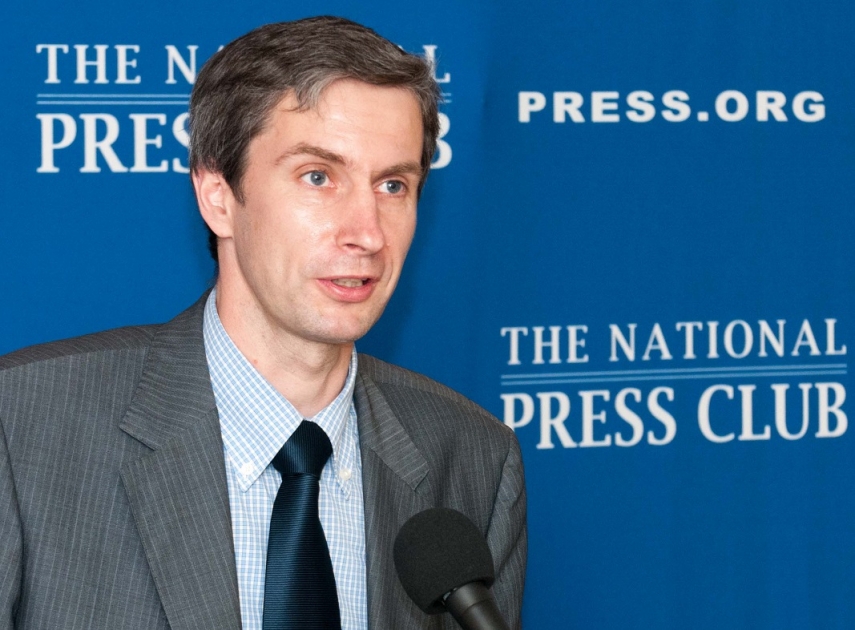 VILNIUS – Vilnius Regional Court has announced its decision to disqualify itself from the case of Algirdas Paleckis, former leader of the Socialist People's Front who is suspected of spying for Russia, as he is suspected of crimes against the court's judges.

"Taking into account the fact that the detainee is suspected of criminal activity against Vilnius Regional Court's judges as well and also to ensure the impartiality of the court hearing this case and the interest of justice, Vilnius Regional Court turned to the Lithuanian Court of Appeal on November 7, 2018 with a request to hand over the case to another regional court," the court said in its response to BNS Lithuania on Wednesday.

Neither the court, nor prosecutors provide any details on the judge-related circumstances Paleckis is suspected of.

It was reported earlier that the persons in this case are suspected of collecting information on Lithuanian officials, prosecutors and judges who contributed to the January 13, 1991 case investigation under the orders of Russia's Federal Security Service (FSB), and to have also collected other information.

Earlier this year, Vilnius Regional Court found 67 Russia, Belarusian and Ukrainian citizens guilty in the January 13 case and issued them prison sentences ranging from 4 to 14 years.

The matters related to Paleckis' detention have been handed over to Kaunas Regional Court which decided yesterday to extend his detention for another 3 months. Paleckis has been detained since October. He denies his guilt.

Lithuanian prosecutors are set to finish the investigation into the spying case against Paleckis and several other persons this year, the delfi.lt news websites reported earlier, citing law enforcement sources.

According to the website, the State Security Department has found that the suspects allegedly had contact with other persons who also cooperated with Russian intelligence organizations and provided them with information.

Paleckis and Deimantas Bertauskas, a Vilnius businessman who is also a suspect in the case, could have contact with Nikolai Filipchenko, an officer of Russia's security service FSB, who handed over his direct commander's orders to collect information, delfi.lt reports.

Paleckis, suspected of spying for Russia, has been detained since October, and softer measures of suppression are in place for Bertauskas.

Law enforcement officials said last December that Paleckis and "a network of persons", who were not named, were suspected of spying for Russia.

The persons the investigation focuses on are suspected of having collected information under the FSB's orders about Lithuanian officers, prosecutors and judges who were involved in the January 13, 1991 case investigation, and also collected other information.

Russian law enforcement earlier launched proceedings against Lithuanian judges and prosecutors who were involved in the January 13 case.

Established in 2008, the Socialist People's Front and its former leader Paleckis have many times been mentioned in public intelligence reports on threats to national security.

Intelligence have called the Socialist People's Front a pro-Russian party and written about the party members' participation in pro-Russian propaganda events against the United States and NATO.

Convicted in 2017, Filipchenko tried to recruit officers of the State Security Department and also install wiretapping equipments in President Dalia Grybauskaite's office and at her residence.