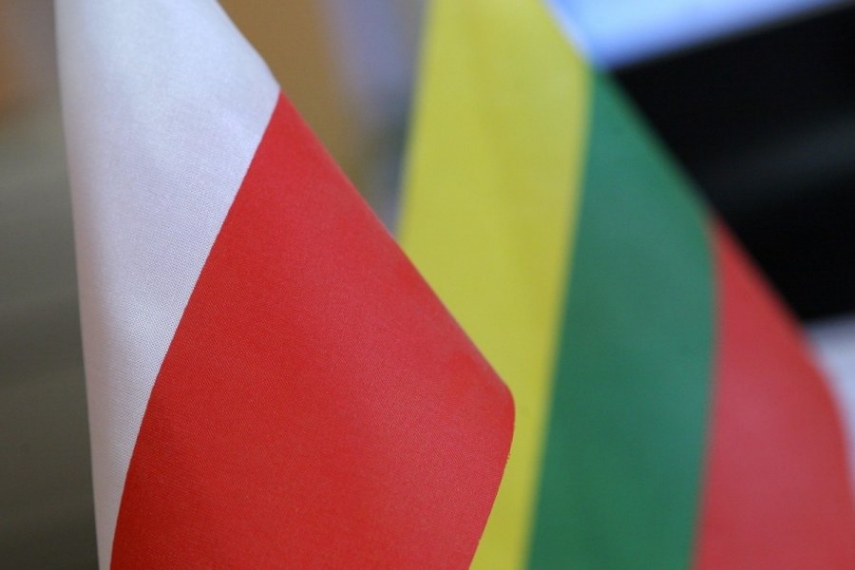 The flags of Poland (left) and Lithuania (right) [Image: DELFI.lt]

Both said they currently see no perspectives for the European Union (EU) to have closer commercial relations with Russia and its Eurasian Economic Union (EEU).

"We are surprised and concerned over the recent signals sent to the Russian Federation, which provide an overly optimistic perspective and send a positive message without any references to the conditions," the ministers said in a letter.

A copy was seen by BNS Lithuania.

In the letter to EU foreign policy chief Federica Mogherini, the two ministers emphasised that EU relations with Moscow would depend on Russia's home and foreign policy, which "so far shows no signs of the necessary changes [needed],” as Moscow imposes more restrictions on EU countries.

"In this context, the perspective of stronger bilateral economic cooperation with the Russian Federation and the EEU is not today's question,” wrote the ministers. “We have to refrain from sending optimistic and encouraging signals.”

They stressed that the dialogue with the EEU should take place on A working level via the organiDation's institutions rather than one of its member-states – Russia.

Linkevicius and Waszczykowski noted that the EEU is currently presided by Belarus.

The letter came after the European Commission's President, Jean-Claude Juncker, notified Russia's President Vladimir Putin about the instruction for his service to analyse the possibilities of bringing the EU closer to the EEU.

The exchange between Putin and Juncker took place a month ago.