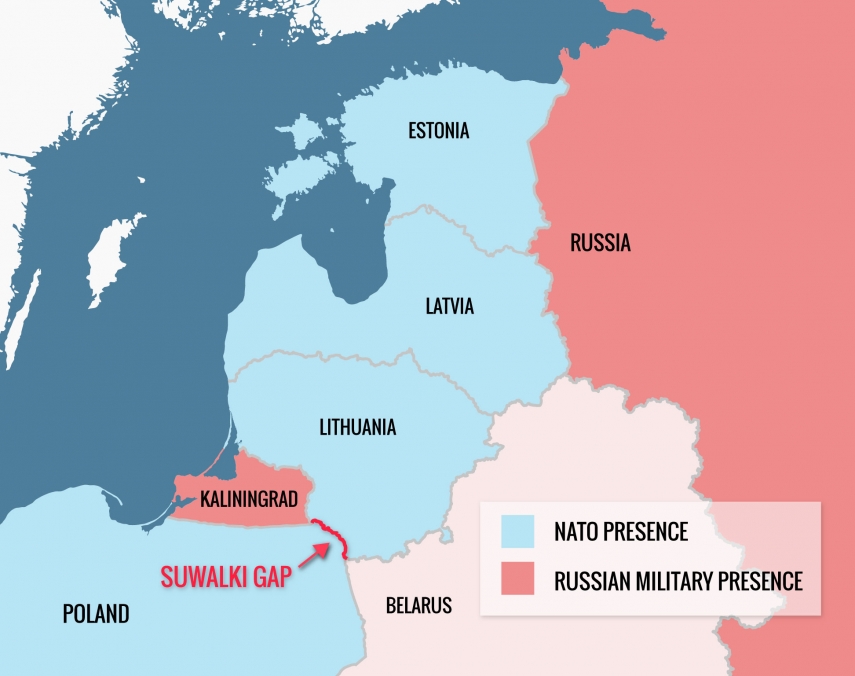 VILNIUS - Lithuanian, Polish and US security and defense officials and experts will visit on Tuesday the so-called "Suwalki gap" to discuss the defense of the land corridor.

The Lithuanian Defense Ministry has told BNS that the participants of the discussion will include, among others, experts from the Center for European Policy Analysis (CEPA), which has offices in Washington and Warsaw, and from Vilnius University's Institute of International Relations and Political Science.

The Suwalki gap is a land strip of around 100 kilometers on the Lithuanian-Polish border that is wedged between the Russian exclave of Kaliningrad on the west and Belarus on the east. In a military conflict, the seizure of the land corridor would cut off the land route for NATO allies to the Baltic countries.

Discussions on reinforcing deterrence and defense on NATO's northeastern flank have been underway in Lithuania since Monday.

Among experts taking part in these discussions are CEPA President Peter Doran and retired US General Ben Hodges, who is now an analyst with the think-tank.

The US think-tank RAND Corporation said last week that despite NATO's steps to deter Russia, the latter would have an advantage over the Alliance in the initial days of a conflict in the Baltic Sea region.

The report comes amid continuing concern in the region over Russia's annexation of Crimea and Moscow's involvement in the conflict in Eastern Ukraine.

In response to this, NATO last year deployed a 1,000-strong multinational battalion to each of the Baltic countries and Poland and moved a 4,000-strong US brigade to Poland.

The RAND Corporation said, however, "In the event of a ground attack on a NATO member in the Baltic region, Russia would have a substantial time-distance advantage in the initial days and weeks of its ground campaign because of its strong starting position and ability to reinforce with ground and air units from elsewhere in Russia".