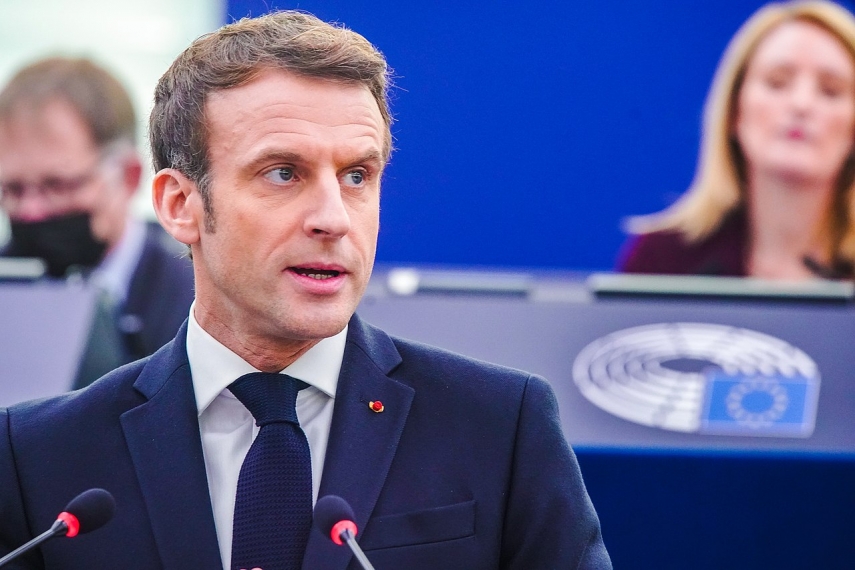 VILNIUS – Lithuanian President Gitanas Nauseda had a phone call with President Emmanuel Macron of France on Tuesday and the two leaders discussed Europe's response to the military aggression against Ukraine, measures to support Ukraine and the strengthening of security in the Baltic region, the presidential press service said.

During the conversation, the Lithuanian president emphasized that Europe had to continue to isolate the aggressor in the international arena in order to stop military actions against Ukraine as soon as possible. According to the president, the Western world should also continue its efforts to inform the Russian people about the war crimes committed by Putin’s regime and create a counterweight to the Kremlin’s propaganda.

"The people of Russia have the right to know what the Kremlin regime is doing in Ukraine. To know that their sons, husbands and brothers are dying there only because Putin has decided to redraw the map. The Russian people need to understand that Putin does not only care about the lives of innocent Ukrainians but also about the lives of Russians themselves,” the Lithuanian president was quoted as saying in the statement.

He also called on the French president to support Ukraine’s application to join the European Union, grant it candidate status and start negotiations as soon as possible. The President of Lithuania stressed the need to continue support for Ukraine – military, political, economic.

The Lithuanian and French leaders also discussed the most important issues on the agenda of the informal European Council meeting to be held in Paris next week.