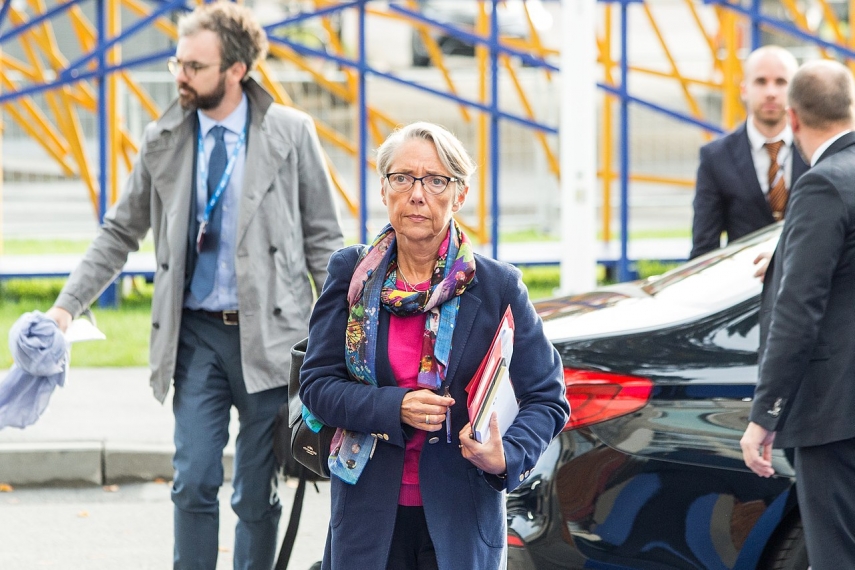 VILNIUS – Lithuanian Prime Minister Ingrida Simonyte on Tuesday thanked her French counterpart, Elisabeth Borne, for her country's contribution to bolstering the security of NATO's eastern flank and its support to Ukraine in its war against Russia.

The two prime ministers met in Paris to discuss bilateral cooperation between Lithuania and France, the European security situation in the context of Russia's continued war against Ukraine, energy security issues, and support for Ukraine, the Lithuanian government said in a press release.

"We are grateful to France for its contribution to the strengthening of NATO's eastern flank and of the Alliance as a whole, as well as for its support to Ukraine, which is today absorbing Russia's strikes not only against itself, but also against the entire democratic world," it quoted Simonyte as saying.

She noted that initiatives such as the third Lithuania-France Business Forum, which opened on Tuesday, "are key" as Lithuania seeks to deepen its bilateral economic cooperation with France.

According to the prime minister, Lithuania sees particular potential for partnership in the innovation and high-tech sectors, such as life sciences, renewable energy, information and communication technologies, and in logistics.

"As Russia continues its unprovoked and brutal war against Ukraine, launching new attacks against civilians, such as the one earlier this week, it is important to maintain strategic patience, to increase pressure on Russia through sanctions, and to continue to support Ukraine in responding to its expressed defense needs," she said.

The two prime ministers also discussed Europe's energy security and "the complete rejection of Russian resources, which Lithuania has already done", according to the press release.