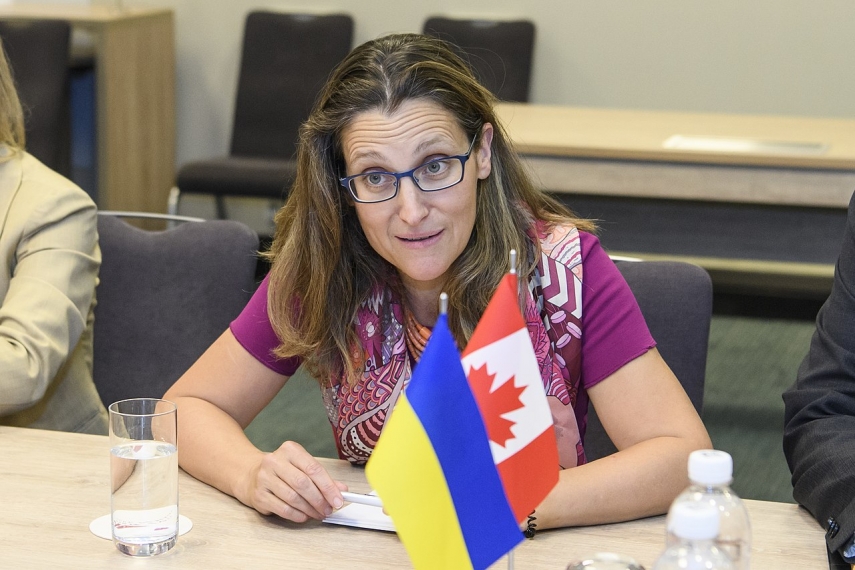 According to Linkevicius, the Canadian foreign minister planned to go to Ukraine with several of her counterparts but had to change her plans due to the country's internal political agenda.

"We plan to go to Mariupol on January 15-16, and the plan was that Canadian Foreign Minister Freeeland would also go. But she cannot due to internal political reasons as her government will hold an important meeting. She called, supporting the initiative, and we took the occasion to discuss other important issues as well," Linkevicius told BNS Lithuania.

During the conversation, the Lithuanian foreign minister expressed his concern over several Canadian citizens detained in China.

"As you know, several Canadian citizens have been detained in China, and we, as well as other EU member states, expressed support for their release as they were detained without any clear arguments," Linkevicius said.

A dozen of Canadian citizens were detained in China after Chinese mobile giant Huawei's chief financial officer was detained in Canada on December 1.