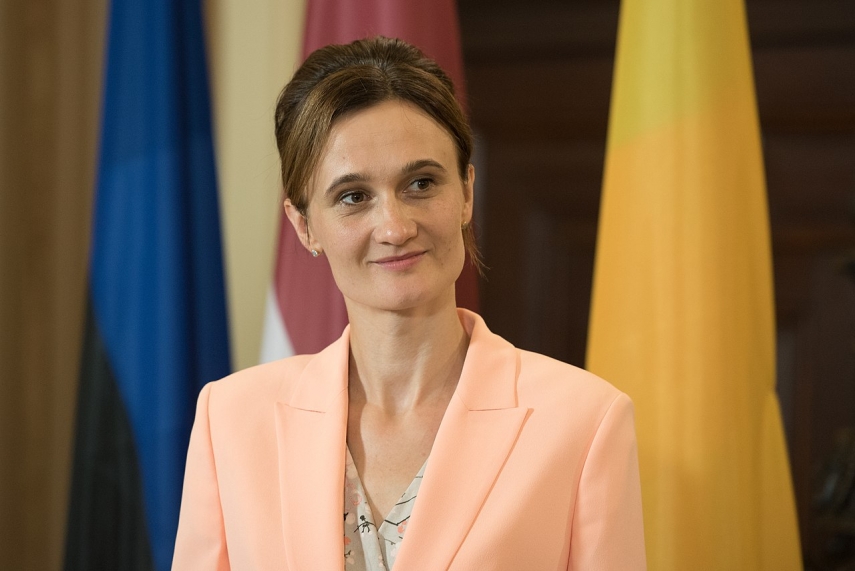 VILNIUS – Lithuania will stand together with Ukraine until the moment of triumph, Viktorija Cmilyte-Nielsen, Speaker of the Seimas of Lithuania, stated while receiving the Order of Prince Yaroslav the Wise of the second degree in Kyiv on Friday.

“What is happening now is not just a fight for Ukraine’s freedom and its future. It is a fight for the future of democracy and Europe. We therefore thank you for being in the front lines of this fight and vow to stand together with you until victory,” a press release from the Seimas press office quoted her as saying.

While accepting the award from Ukrainian President Volodymyr Zelensky, the Lithuanian parliamentary speaker said that she saw this award as an incentive to do even more for Ukraine's victory.

“Lithuania will help Ukraine as long as it will be necessary,” she stressed.

Cmilyte-Nielsen was awarded the Ukrainian state award by Zelensky on October 22 for her personal contribution to strengthening cooperation between the states, supporting the sovereignty and territorial integrity of the Ukrainian state and promoting Ukraine in the world.

Earlier this week, Cmilyte-Nielsen arrived on her second visit to Kyiv since the start of Russia's full-scale invasion of Ukraine almost nine months ago.

She leads a Lithuanian delegation attending a session of the Assembly of the Seimas of the Republic of Lithuania and the Verkhovna Rada of Ukraine in Kyiv.