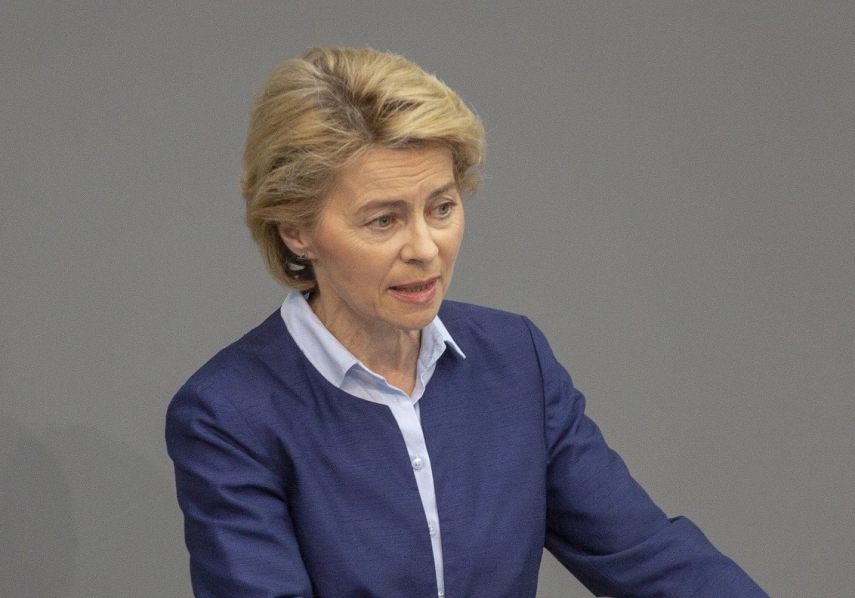 VILNIUS – The election of German Defense Minister Ursula von der Leyen as new president of the European Commission is good news for Lithuania as the politician has good knowledge of the regional security situation, Lithuanian President Gitanas Nauseda says.

During von der Leyen's term as Germany's defense minister, Germany sent over 500 troops to Lithuania and took over the command of an international NATO battalion deployed to deter Russia.

"It's a good candidate for Lithuania as it's, nevertheless, a person who is well-acquainted with the regional situation, and has her own attitude to Russia and the defense policy priority," Nauseda told journalists in Warsaw on Tuesday night.

He said he could meet with the new EC president during his visit to Berlin, planned in the middle of August.

The European Parliament on Tuesday approved von der Leyen with 383 votes in favor and 327 votes against. She needed at least 374 votes in favor to be confirmed.

According to Nauseda, following the vote, Lithuania will be able to start conversations about European commissioner portfolios and the EU budget for 2021-2027.

"I could say with a smile that she won by a majority which is similar to the number of MEPs Lithuania has, so our negotiating position on the commissioner portfolio will be very strong," Nauseda joked.

Two years ago, von der Leyen attended the official ceremony in Rukla, Lithuania to launch activity of the Germany-led NATO battalion in the country.

In a historic speech, she said Lithuania would never be alone again.

"Never again will the freedom and the independence of Lithuania be sacrificed for criminal power politics of spheres of interest," the minister said then.

The last time von der Leyen visited Lithuania was in February. She then pledged that Germany would invest 110 million euros into military infrastructure in Lithuania.