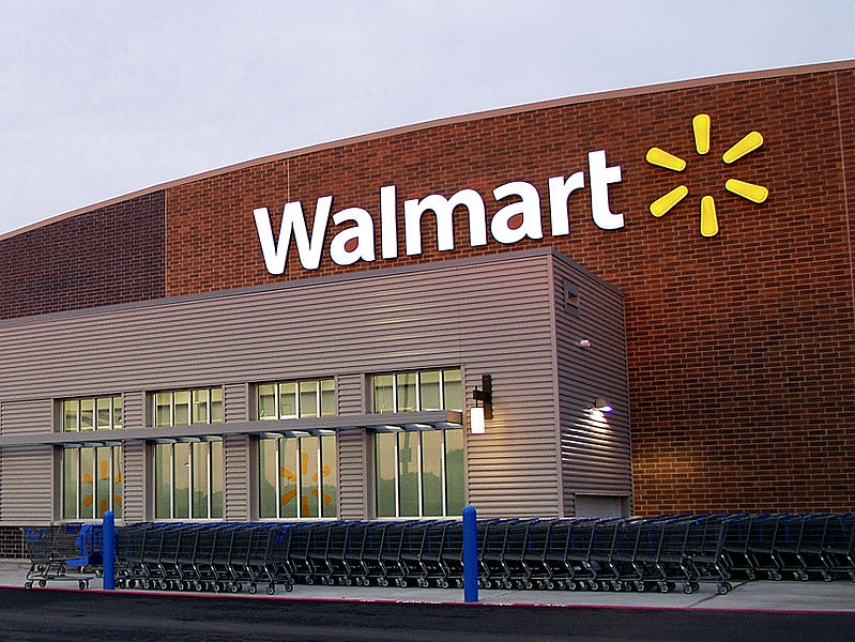 "We sent a letter to Walmart requesting the withdrawal of products with Soviet symbols and we are still waiting for a reaction," Lithuanian ambassador to the U.S. Rolandas Krisciunas told AFP.

"We trust Walmart's moral stance and call to withdraw products with the symbols of mass murders," he said.

Vilnius estimates that more than 50,000 Lithuanians died in camps, prisons, and during deportations in 1944-1953, while another 20,000 partisans and supporters were killed in anti-Soviet guerilla fighting.

The Baltic countries, which joined both the EU and NATO in 2004, was a battleground between Nazi and Soviet troops during World War II. They were seized by Moscow in 1940 under a secret pact with Adolf Hitler.

Politicians of Estonia, Latvia and Lithuania had sent a public letter to Walmart a few days before.

"We are disappointed that the largest retailer in the world and in the U.S., Walmart, does not acknowledge or respect the millions of victims of various nationalities, who suffered under the Soviet regime -- those deported, including the elderly, infants and children, political prisoners, dissidents, members of resistance movements and all those who lost their lives, health or family in the Gulag or other repressions of the Soviet totalitarianism," the leading politicians of Estonia, Latvia and Lithuania said in the letter.

The letter was signed on behalf of Estonia by Pro Patria chairman Helir-Valdor Seeder, Minister of Justice Urmas Reinsalu and MEP Tunne Kelam.

Walmart is present in 28 countries, but not in the Baltic states or other eastern European countries dominated by the former Soviet Union.