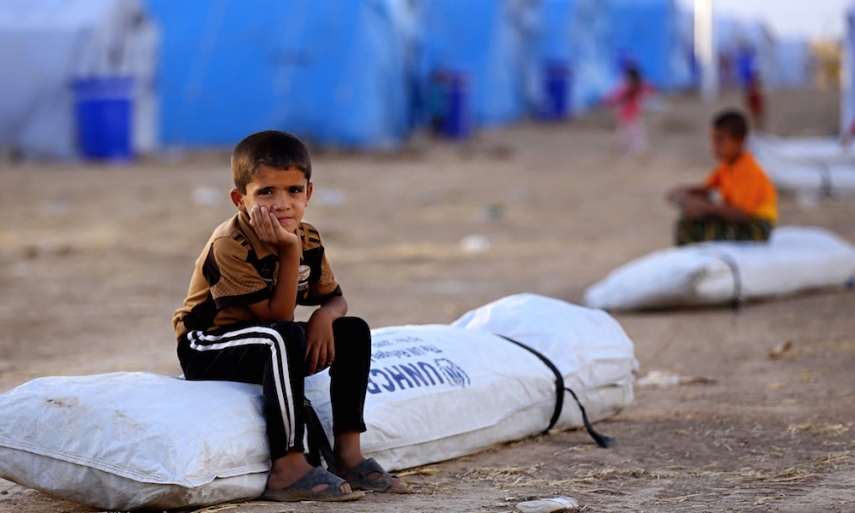 Refugees in Iraq [Image: The Guardian]

Lithuania’s Interior Ministry has confirmed that the first family of refugees  to be relocated under the European Union’s relocation programme will arrive in Lithuania on Tuesday, December 15.

Lithuania’s Interior Vice-Minister, Elvinas Jankevicius, earlier told journalists that the family of four would be relocated from Greece.

He added no more refugees would come to Lithuania in 2015.

According to Jankevicius, the young Muslim family will arrive via aircraft.

The father attended a management school and has experience of working in management and construction areas, while the mother has not worked at all.

The family speak English. Lithuanian migration and special service officers met with them in Greece last week. The family arrived in Europe earlier this year.

Lithuania has pledged to take in 1,105 refugees from Syria, Iraq and Eritrea by 2017.

Refugees will be relocated from Italy and Greece. Both countries are facing a major refugee inflow.